New York’s Anna Morgan stole the show at Bass Coast’s Cantina stage on the final night of the festival. This fierce producer co-founded the HEAVY event series and hosts a show on Radar Radio. DOPE HAUS press correspondent Jaclyn Adair caught up with Anna before her rager Bass Coast set on Friday afternoon.

DOPE HAUS: What brought you from the big city of New York into the trees of BC?

ANNA MORGAN: Doctor Jeep is a big inspiration to me and a close friend in New York. He got booked here last year and was basically singing the praises of Bass Coast and was like “YOU HAVE TO COME!”. So I did and had an amazing time. It’s definitely my favorite festival and I’ve been going to festivals for a really long time and been raving for more than half my life. Just the vibe, the artists, the people, everything is on point. I’m a BIG fan of Bass Coast. 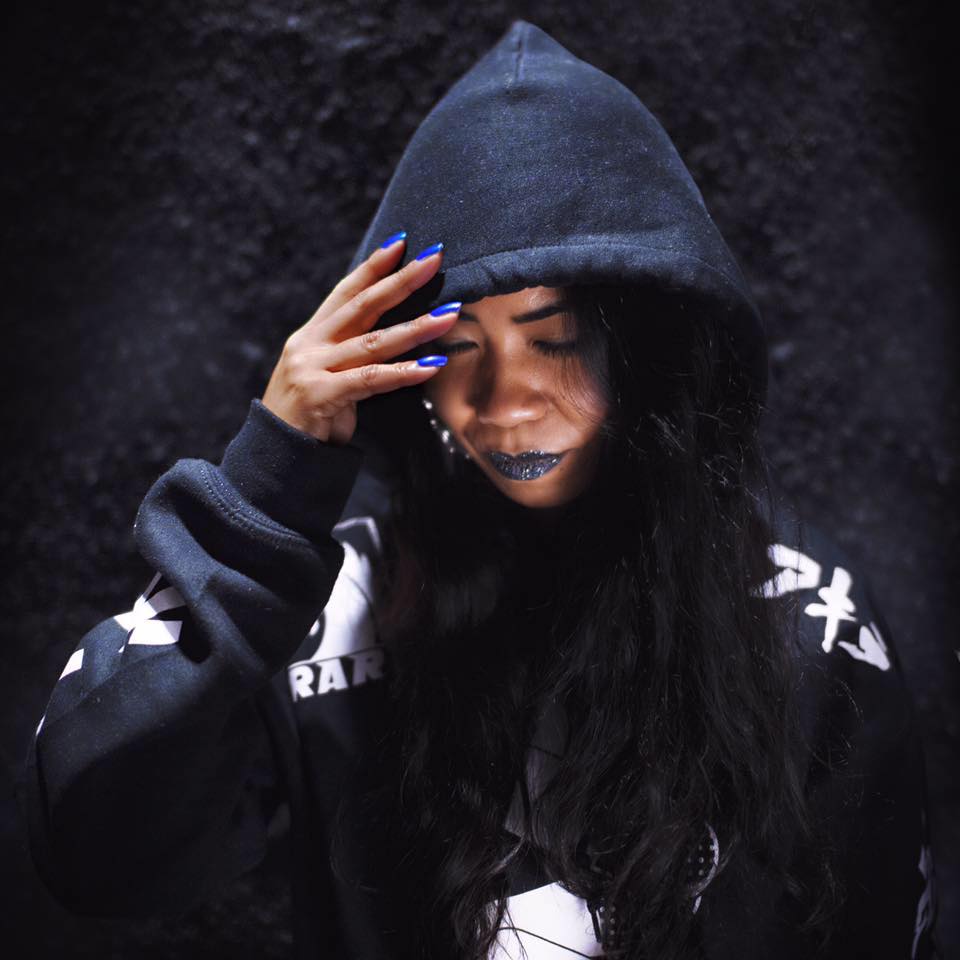 DOPE HAUS: Tell us about your roots in music.

ANNA MORGAN: I started going to raves in the late 90s and generally found a feeling of coming home… I first started facilitating places by throwing parties and festivals when I lived in Hawaii in the early 2000s. Then love brought me back to New York. I am half Jamaican so I always have a bit of a Caribbean vibe in what I do but I am also from The Bronx so there’s hip hop influence and inspiration in there as well. Plus, I’ve always been a junglist. So I mix a lot of my influences. My tracks are all hybrids, you can generally hear my musical roots and my life roots in them.

DOPE HAUS: What kind of environment or mental state gets the creative juices flowing?

ANNA MORGAN: I’m always inspired when I go to events where things are done right and the vibe is taken care of. That’s one of the reasons I love this festival is it feels really grounded and community oriented. You can feel that once you get in here. Also, of course being within nature. Not to say that the city life doesn’t inspire me but it doesn’t always leave space to explore that inspiration. I generally have to sit quietly to make that space for myself. Yoga and meditation are are for sure a part of my artistic process. 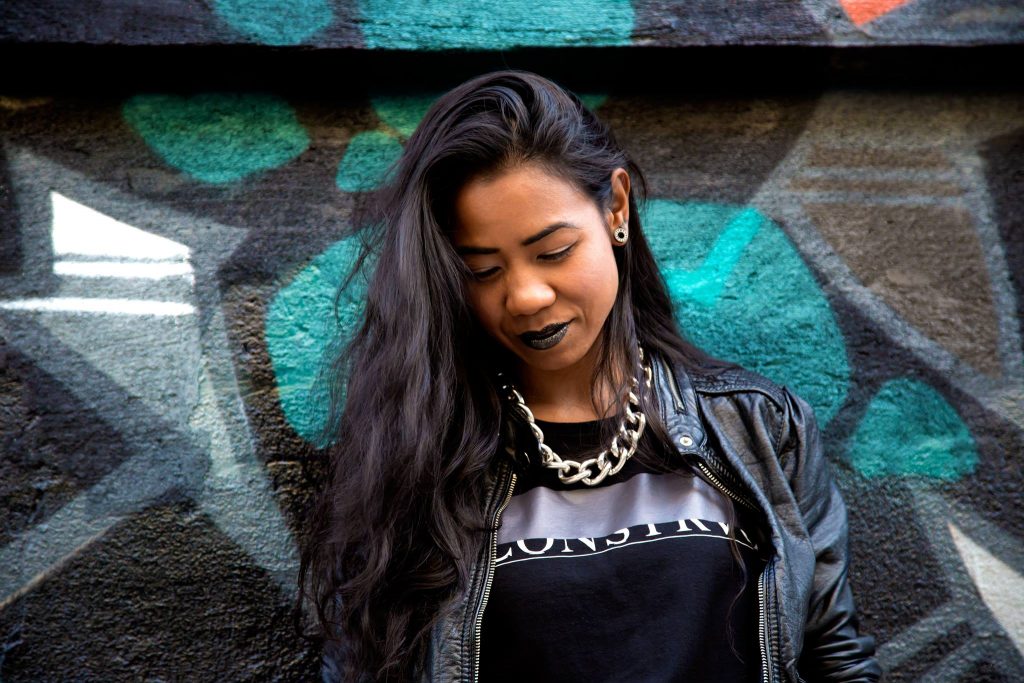 DOPE HAUS: How long have you been producing music?

ANNA MORGAN: I am actually fairly new to production. I was that girl with her guitar in high school. Specifically electronic music production started for me about 2 and a half years ago. I was playing around with a lot of sounds and just exploring. Once I found and was confident enough to play with Chicago footwork music I started writing at 160 BPM. I had other tunes that had been started out as drum and bass tunes that I dropped the tempo down and there was this light, and this click in my direction that allowed me to finally finish my tunes.

DOPE HAUS: If you could go back in time and give yourself a bit of advice to yourself when you were starting out, what would that be?

ANNA MORGAN: Trust the process. I am still new, I have been Djing for a bit longer than production, and it’s still a place of exploration for me so I imagine that 3 years down the line whatever I am doing and creating will look a lot different than what I am doing right now. But really having faith in your own process and not necessarily trying to fit into any particular genre or group is good advice. Just let it come out without feeling like it has to be made for anyone but yourself. 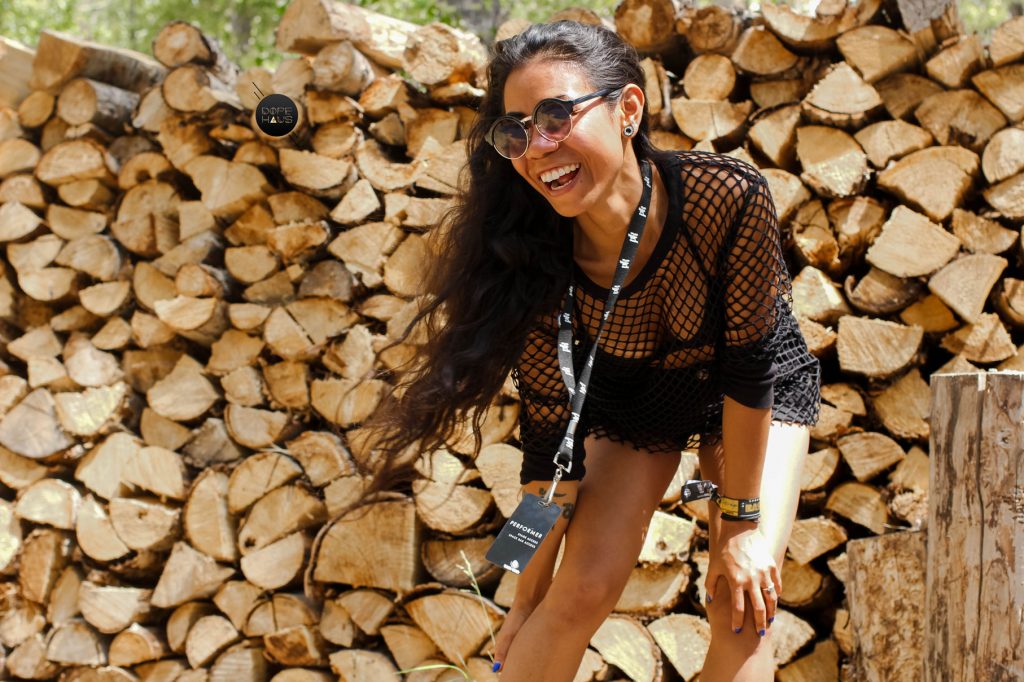 Video by Chanel Klein on behalf of DOPE HAUS