Bass producer EPROM chats with DOPE HAUS host Chico Mendez at Lights Out in Brooklyn. He opens up about his collaboration with Alix Perez as SHADES, his festival plans for Bass Coast and what it’s like performing in the dark for the Lights Out party.

Small town Minnesota producer Hedawn rounds off the episode with a heavy EPROM inspired mix at the end. Check the tracklist at the bottom. 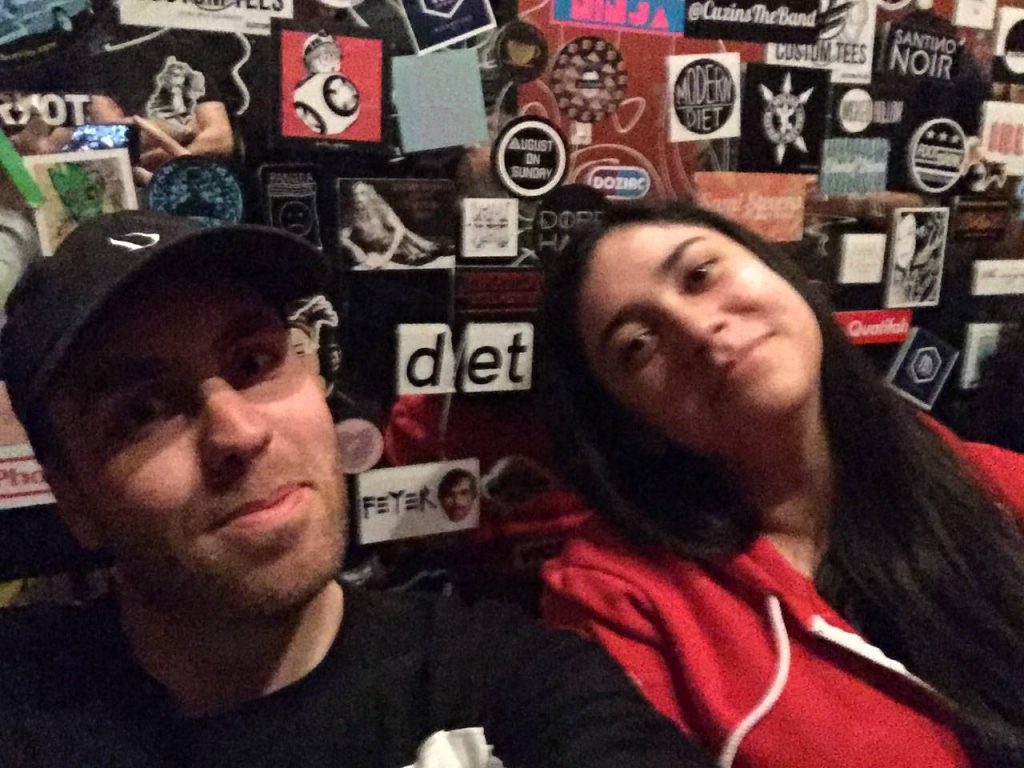 The Lights Out party banned all cellphones and lights within the Knitting Factory venue. The whole dancefloor was pitch black with the exception of dim lighting for the bartenders at the back and a solitary light bulb swinging from a chain above the DJ booth.

The DJ booth was obscured behind speakers which meant there was nothing for dancers to turn their attention to but the music. However, when EPROM came on stage, all faces turned towards him as he took the stage and snapped off the light. The crowd roared.

Everybody got down in true New Yorker style; b-boys and breakdancers battled in the corner. Some people took to heavy metal headbanging and others skirted around the floor like maniacs. The bass was literally gut-shaking from every direction in the room.

What time was it? I had no idea. My phone had been locked away in a special pouch that deactivated once you left the venue. A bomb could’ve went off outside and nobody inside the Knitting Factory would’ve known.

“Dark room parties are nothing new,” said promoter Blake Oakes from Good Looks Collective. But in the United States they are. Oakes is planning a second Lights Out party featuring Tsuruda back at the Knitting Factory. Don’t sleep on this one.