DOPE HAUS press correspondent Jaclyn Adair chats with producer Will Williamson of Father Funk after Electric Love Music Festival 2016 over the phone. Jaclyn catches up with Father Funk before he heads off to Shambhala Music Festival to find out all about his second Canadian summer festival tour including Elysium Festival, Atmosphere Gathering  as well as a string of club bookings. 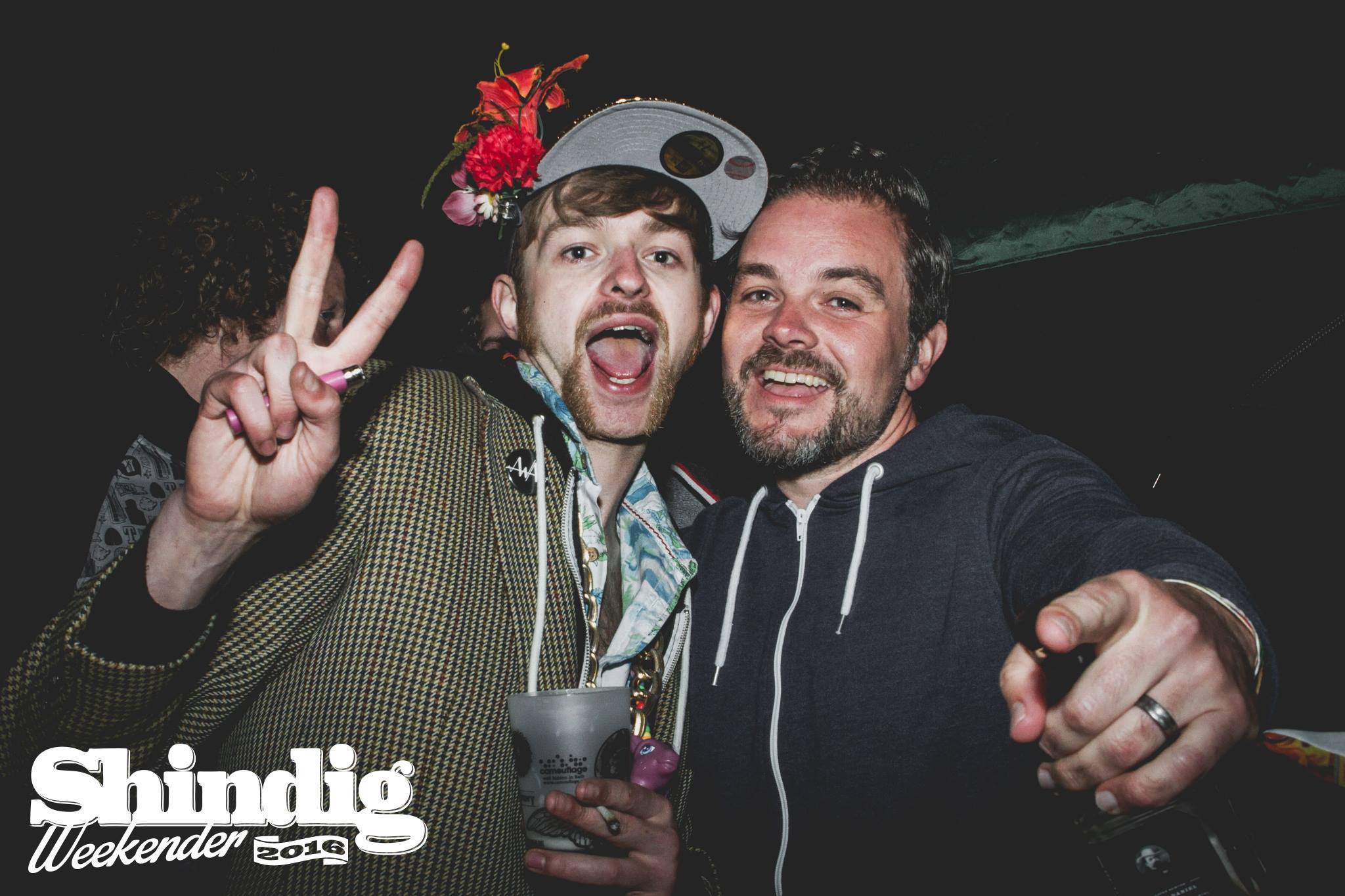 DOPE HAUS: You’ve traveled to Canada a few times this year. What do you like about Canada and what keeps bringing you back?

Father Funk: Well, it’s not always up to me, but I do really like it, it’s wicked. Especially BC, it’s got quite nice scenery which is like where I grew up and really nice people and community that appreciates what I do. Somehow my music seems to penetrate really well over here. I guess thanks to people like StickyBuds and The Funk Hunters they kind of did a lot of legwork for people like me who might not necessarily have been over here that many times but they pushed the sound that we’re making and the scene that we’re a part of. It’s pretty wicked to come over here and have that already on the plate, you know?

DOPE HAUS: Have you worked on any collabs with Canadian artists?

Father Funk: I did a remix with Illvish Freshly. We also did a track together which is on my album and I’ve done some stuff with Slynk on my album as well. A lot of the time you go to a festival and you meet up with artists and you’re like, “Woo! Let’s work together! It’s gunna be awesome,” and sometimes it just never happens.  Or you start something and a few months later it’s still not finished. It’s one of those things where you have to get someone in your house or studio and just get it done or else it can take a long time.

DOPE HAUS: Your name Father Funk started as a bit of a inside joke for you and you produce different genres under other alias’. Could you tell us more about that?

Father Funk: I started with drum and bass mainly, and [I had] a few different names under that and then settled on Ethereal. I also make some halftime stuff under that name. It’s more vibey and soulful electronic music. I make a lot of hip hop under Stylus. I make sort of tropical [music] under Jumanji Sound,  Garage under Bobby Dazzler, used to do house with a mate of mine under Kaleido. All the other [projects] are at least a little more serious butFather Funk is more fun and gets to have some comedy in it so I never took it that seriously but it just kind of clicks.

DOPE HAUS: Would you say that it’s your favourite style of music to play?

Father Funk: To be honest, I like all sorts of music but when it comes to being in a crowd in front of a big sound system with all my friends getting weird, I think that’s the best soundtrack to that. The first time I heard it I was like, “This is the best shit ever.”

DOPE HAUS: What about some artists that you love to put into your set?

Father Funk: My sets mostly consist of my tunes, Slynk’s tunes and I like to play some Featurecast sometimes too. I like sticking stuff into my set that is different, that isn’t necessarilyGhetto Funk but just happens to fit into it.  It enables me to show a little more or my music.

DOPE HAUS: What about your involvement with Ghetto Funk and Scour record labels?

Father Funk: I’m actually not signed to Ghetto Funk. A lot of people think that I am but we just have worked together a lot before and we’re all friends and we do a lot of gigs together. 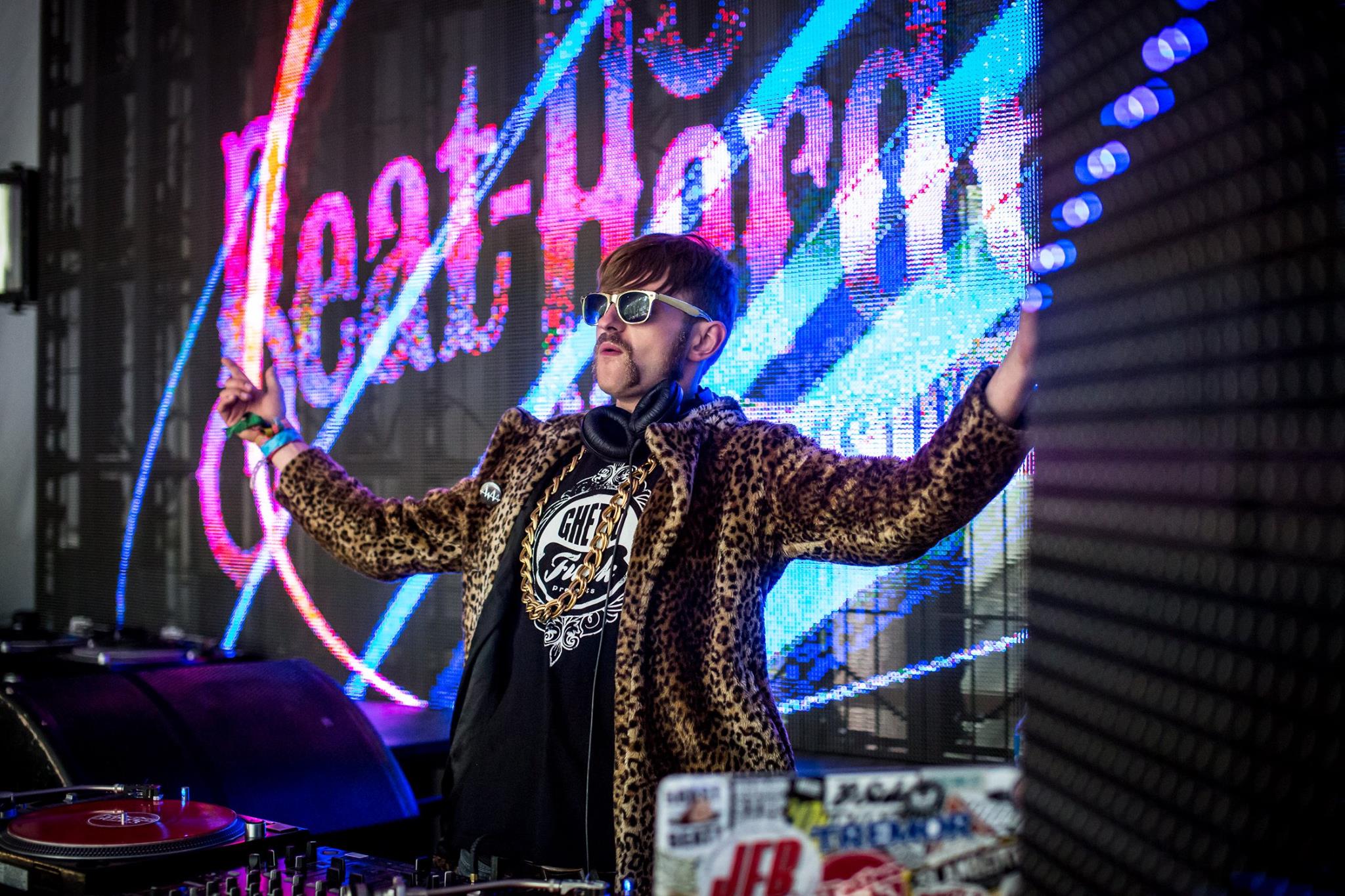 DOPE HAUS: You’re probably a younger member hanging around those crowds. How does it feel to be one of the babies of the group?

Father Funk: Yeah, I’m one of the younger members of most of the groups I hang around with. I guess age is just something that has never really mattered that much to me and I don’t really notice how old people are. I don’t mind that role. I don’t think everyone would like the lifestyle as they get older. I mean, I have fun but it’s hard travelling and being broke all the time but I think at my age I can get away with it for a little bit longer. I don’t need to be too comfortable right now. But the moment I get a car or have some more serious things going on I might need to make some actual money and hopefully by that point I might be.

DOPE HAUS: Anywhere else in the world that you would like to travel to and play some music?

Father Funk: Anywhere that’s nice enough to have me of course, but I’d love to see Asia and I have some family in Japan and it would be wicked to finally visit them. Also India, Thailand – I’m not sure how much of a scene there is out there for that though. But it would be cool to play for a non-western society.

DOPE HAUS: If you could go back in time and tell your 15 year old self a nugget of wisdom, what would you say?

Father Funk: Well I’ve known I’ve wanted to do music since I was about 10 or 12. Played guitar since I was 9 and played in a few bands. Street bands, samba bands, punk bands and made electronic when I was about 15. I was mainly more focused on making sounds like other people but as soon as I got into Father Funk and started making it sound like ME, that’s when stuff began to really work. I guess as cliche as it is, just find my own sound and don’t be afraid to make it.