Guaranteed you won’t recognize most names on the Sled Island lineup — that’s the festival’s strongest feature. Calgary’s Sled Island festival is filled with hidden treasures to add to your playlist. DOPE HAUS editor Chanel Klein spent a weekend in Calgary digging up the top hip hop talents of Sled Island 2017.

“Can you guess where I’m from?” WASIU said slyly, holding up a Quebec flag and proudly bearing his Montreal baseball jersey. WASIU was not afraid to show a stiff Calgary crowd how a hip hop show goes down in Canada’s east side. 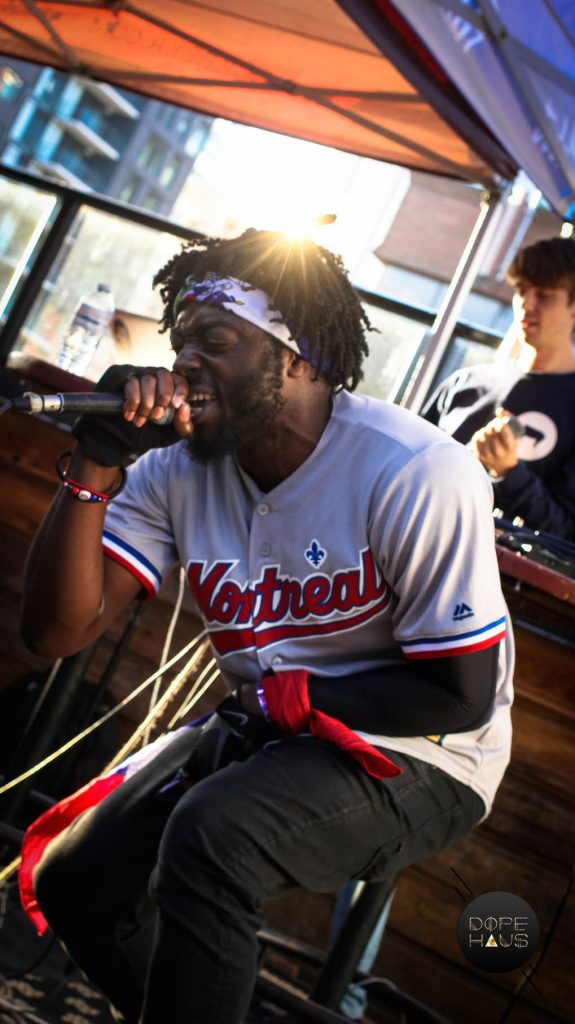 The Montreal rapper is very laid-back when he’s off-stage but he is a domineering force to behold on the mic. Watch the video below to hear a bit from his new release Snow Mexican performed live on the Broken City patio.

WASIU’s DJ, Dear Lola, played live on a MPC while the self-described MTLien hyped up the crowd. They shared a dynamic energy that kept the performance flowing. I’m hoping we see more of WASIU and Dear Lola on the west coast.

I was shocked to learn that Pierre had released his debut EP only a year ago. He slayed Broken City’s patio stage spitting bars like he was born with a mic in hand.

This 22 year old wordsmith from small town Lethbridge could give any rapper in Toronto a run for their money. Emceeing isn’t his only talent. Pierre also spits fire as a spoken word artist.

Storytelling is one of Pierre’s strongest qualities. Between tracks, Pierre took breaks and spoke about inspiration behind his rhymes. He debated the difference between conscious versus “ratchet” hip hop. “This is a ratchet song,” he said before launching into his track Money Dance.

Why are rappers so obsessed about money? That’s what Pierre’s mom couldn’t understand, he explained to the audience. “She sleeps only four hours a night,” he remarked. Pierre decries the irony of the paper chase but appreciates the hard work his family puts in to support a comfortable lifestyle that most rappers boast about. 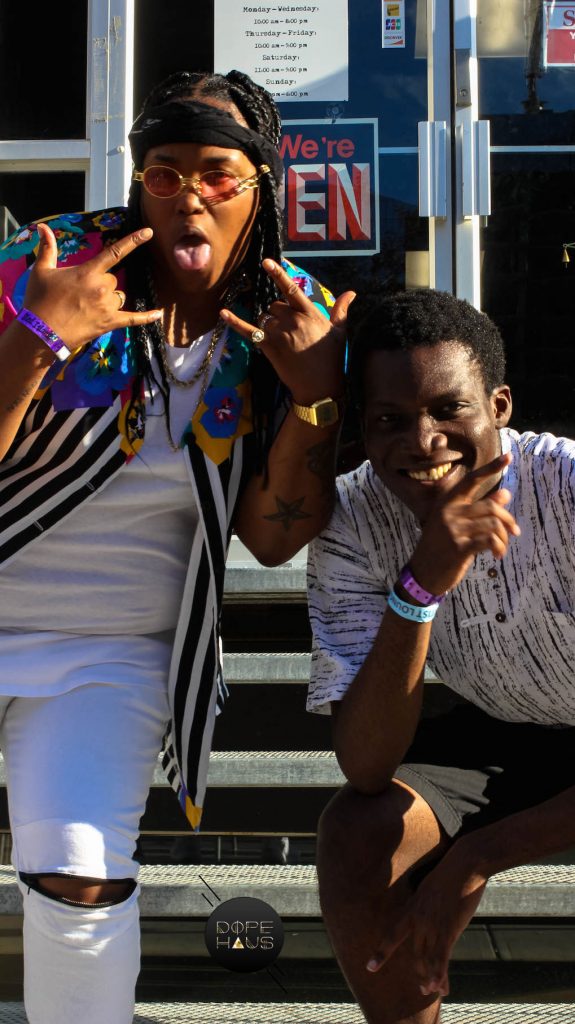 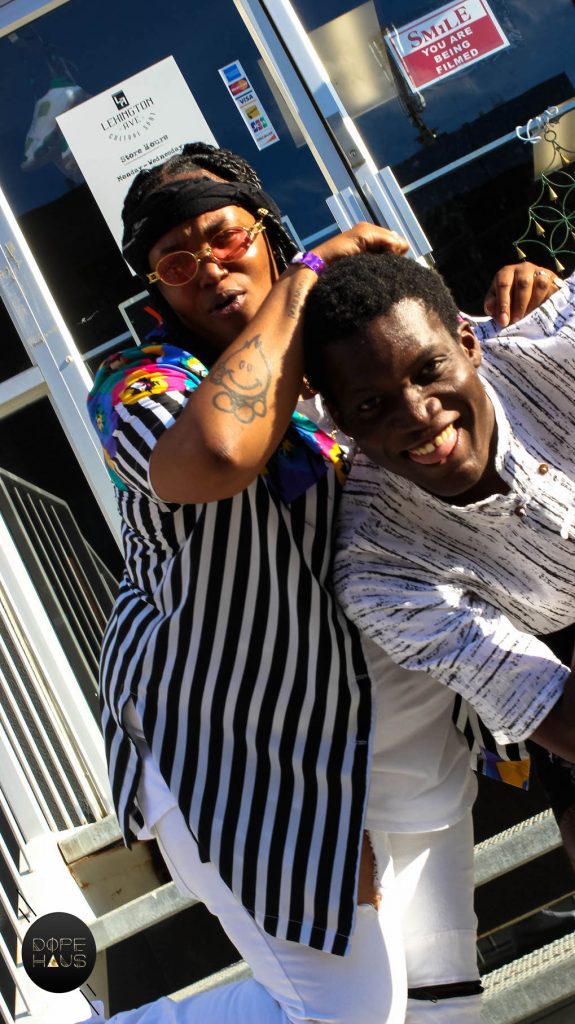 Local Calgary vocalist and rapper Sinzere and her ensemble The Late Nights warmed up the Broken City main stage downstairs from the patio. The best way to describe her energy? It’s like running into an unexpected best friend at a house party. Sinzere’s voice is uplifting and her vibe is charismatic and warm.

When I hit her name on the lineup, I expected a solo rapper performance. I was pleasantly surprised when I saw a whole live band accompanying her lyrics on stage. Live music and hip hop is pure magic when it comes together in the right way.

Sinzere and the Late Nights accomplished exactly that. “I want to change the negativity and ego in urban culture and music,” said Sinzere.

Shortly after her set, Sinzere caught the tail end of Pierre’s performance upstairs. “I wish I could see more hip hop like that gentleman upstairs,” she said, referring to Pierre’s flavor of conscious hip hop. 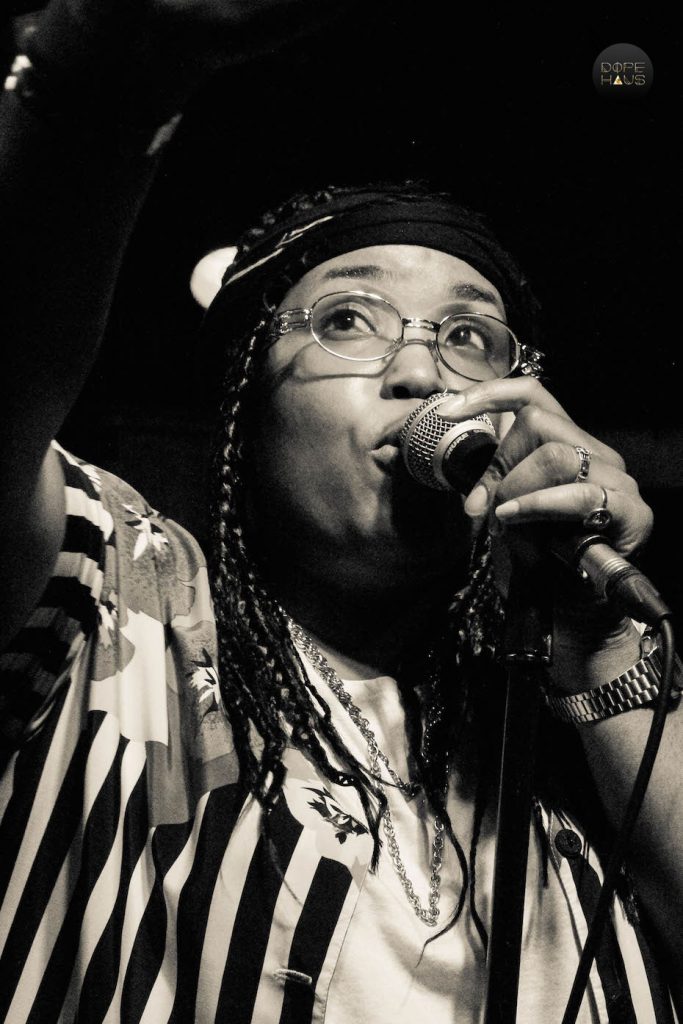 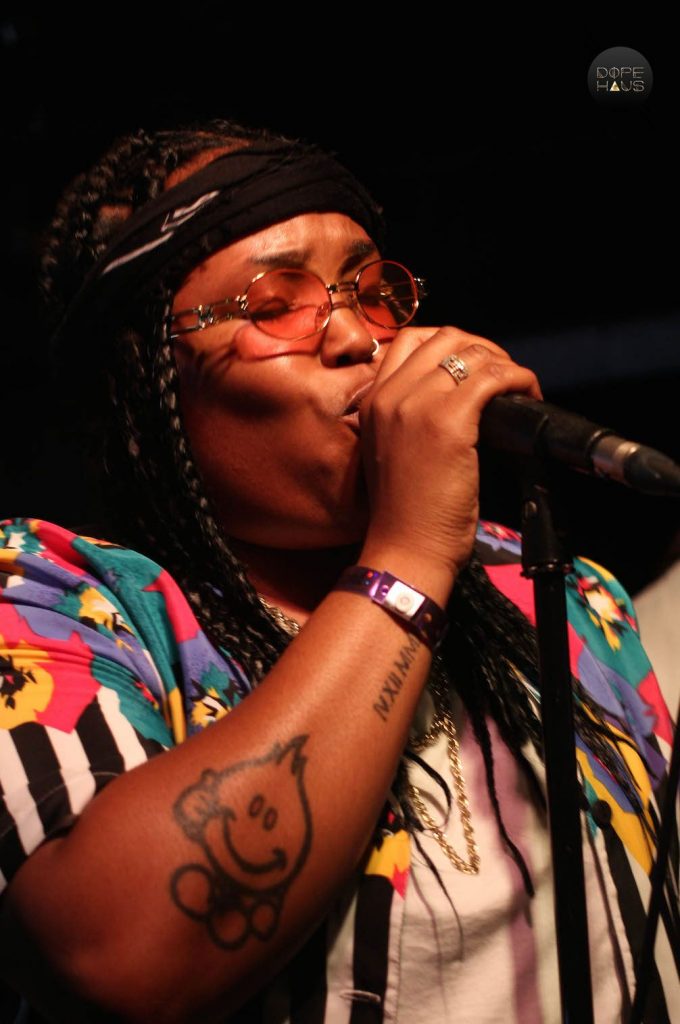 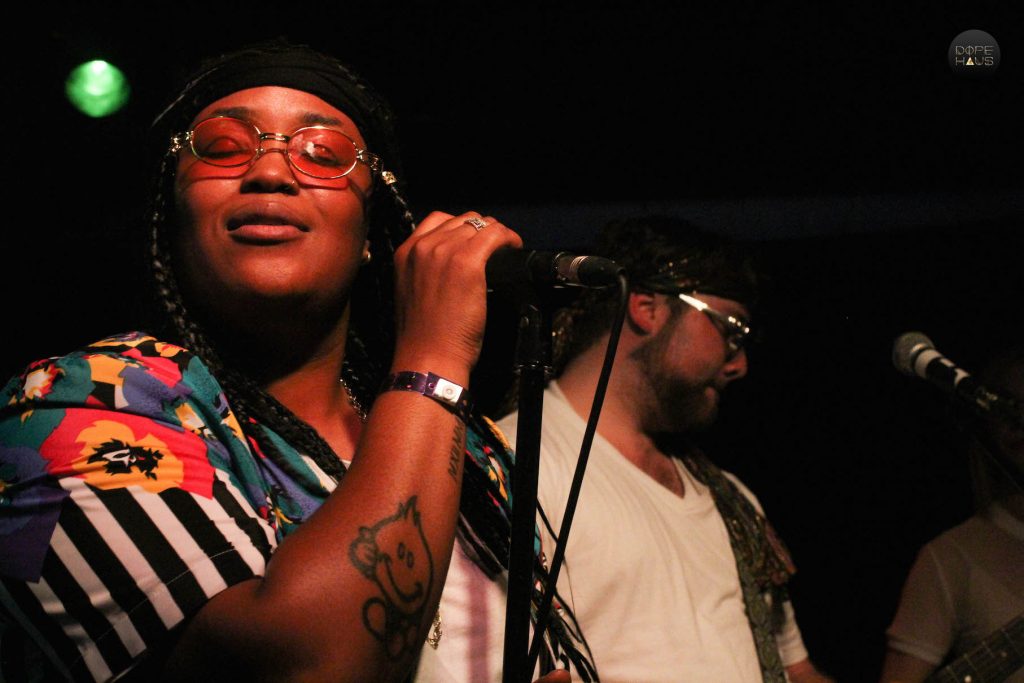 One word: FIERCE. Seeing Tierra Whack perform live is like a whack across the face (terrible pun intended). It’s clear; she takes no prisoners and only gets on stage to fuck your shit up.

After she performed inside Broken City, headliner Flying Lotus brought Tierra out again after his dynamite set in front of a packed Sled Island crowd at the Palace Theatre. 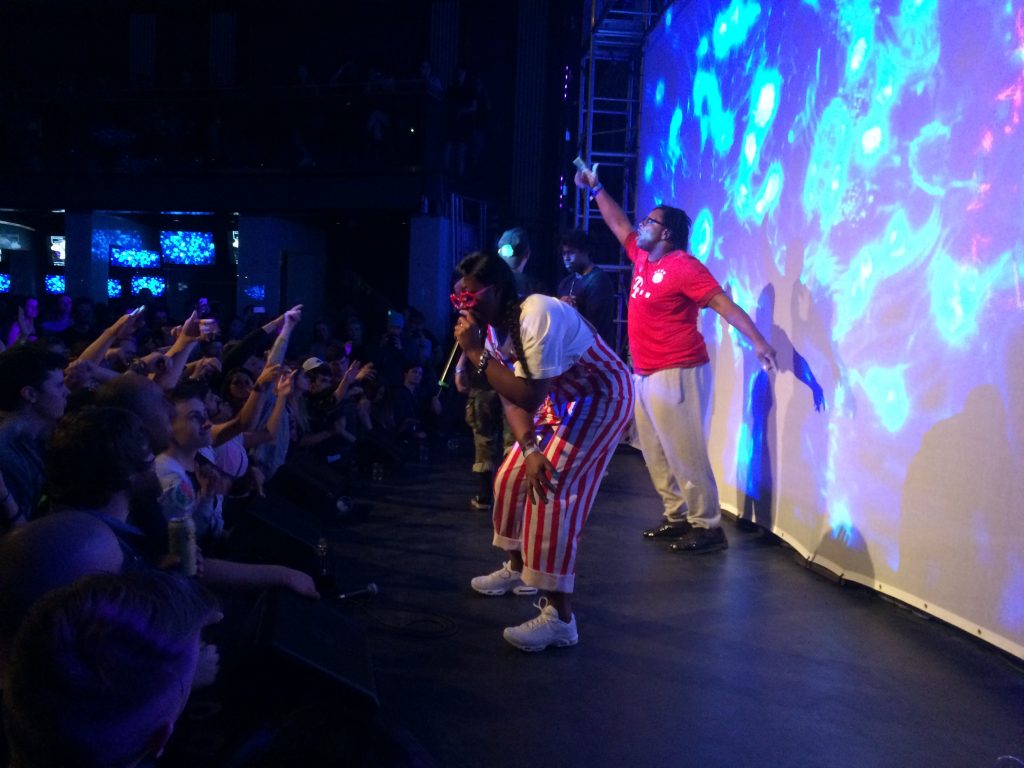 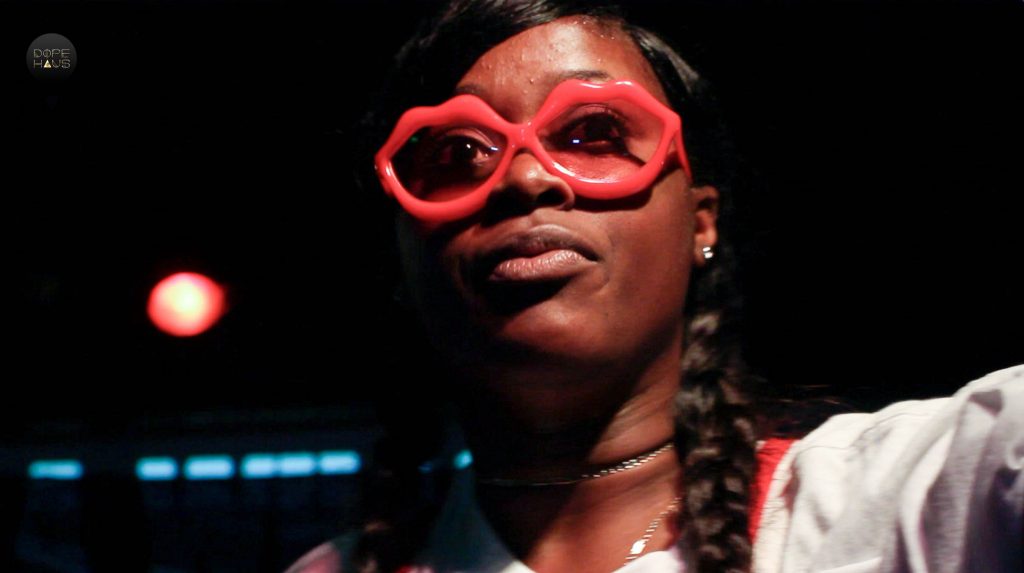 Flying Lotus discovered Tierra Whack after seeing her material on Soundcloud and checking her Instagram. What was her first reaction when Flying Lotus wanted her on the lineup? “I cried,” Tierra said. Her band mate Soda added, “I shit my pants!”

Tierra Whack’s closing performance at the Palace Theatre was one for the ages. She burst on stage and flew into the crowd while Flylo looked on with a huge grin on his face.

MY UNCLE @flyinglotus SMILING AT ME!!???? pic.twitter.com/M7S8WROVni

Thanks to Sled Island for featuring tons of great hip hop in the mix of a super diverse lineup. I was surprised to see hip hop acts in the midst of punk, indie pop and rock bands. Although I had a short time in Calgary, I’m happy I caught all these treasures on an action packed Saturday.

Did I miss any of your favorite Sled Island hip hop performances?

Special thanks to Carolyn Yates for her help clipping Flying Lotus