This is the track that’s going to be responsible for your next speeding ticket.

Sam Binga suited up with Chimpo, Trigga and Killa P for a remix of Jon E Cash’s 2005 sublow classic Hoods Up Dub. The video was shot with a Risky Roadz/Lord of the Mic flavour in a converted shipping container that houses Brixton’s Container Records.

“Where we get the track from? Sam Binga,” spits Trigga as a freshly jet-lagged Binga looks past his hood. Binga had just returned from a trip to China shortly before shooting the video.

“I was knackered that day,” says Binga, “And me, Chimpo and Trigga were playing 5-6am at fabric the same night.”

Chimpo and Binga originally reworked the Hoods Up Dub for Critical’s 15th year anniversary party. The duo thought about adding vocals on top, so they brought Trigga and Killa P into the mix.

“We work with Trigga a lot, who has the jungle link,” mentions Binga, “So, Killa P was an obvious choice for the grime link.”

Rob Smith of Paasonic Productions shot the video on an old school camera to give it that grainy VHS Blockbuster basement feel reminiscent of the Risky Roadz grime battle videos of the early aughts.

The outro is from a 1995 UK party line ad that encourages the viewer to, “Go on! Get in on the action!” A nice reminder from Paasonic that this is how we used to get our kicks before the internet.

PODCAST: Sam Binga on the future of UK Funky

Speaking of the pre-internet days, Sam Binga believes that UK Funky is due for a comeback. “[UK Funky] almost blew up as broadband got really popular everywhere,” says Binga, “it blew up too quick too soon and it fizzled out a bit. I think there’s a lot more that can be done in that.”

He points to the work of Julio Bashmore and T. Williams redefining the sound of UK Funky as a sign of things to come. Below is a group photo of Sam Binga, Jon E Cash, Chimpo and T. Williams (AKA Dread D from Black Ops) after the video shoot. Get some sleep, Binga! 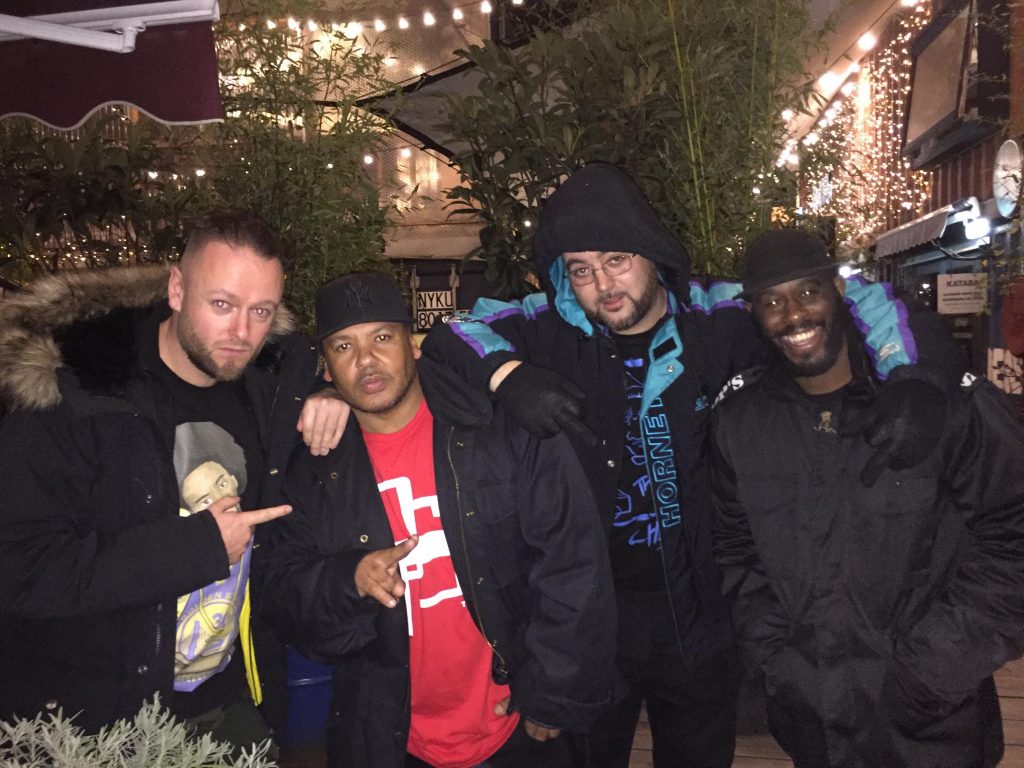