DOPE HAUS asks: Knautic, what a dope name! What’s the inspiration behind it?

Knautic says: It was born from the sound of my first Knautic track: Maelcum’s Dub. That track has a maritime melody to it and a slow churning gait that reminds me of big swell on the deep open water. I wanted it to be futuristic, but not psy-trancy and I wanted it to stand out on the page so I added the silent K.

Tell us how you got into producing music.

I started in high school–learned the MIDI protocol from my music teacher in grade 7. I was hooked from then on. I bought my first multi-track audio capable Mac in 1998. I started playing live PA in 1999. I played a number of techno shows under my own name and had a few releases. But Knautic only started writing dub about two years ago.

How would you describe your sound?

Your new EP “Agwé” just released on EVD. What makes this release different from your Debut EP?

I think it’s paradoxically more cohesive and more varied. On the one hand it has a bit more confidence, venturing into some more edge-case scenarios for dub; and on the other hand the process is tighter so it sounds a bit more unified.  Debut took over a year whereas Agwé was done in about 6 months. Agwé was way more work though–more hours.

Who is your biggest musical inspiration?

Lisa Stary, a little known dub DJ in Vancouver. Knautic first took direction and shape listening to and contributing to her sets. I still listen to her sets–especially Tempest Dub. Badass.

In your opinion, who is the most overrated producer of our time?

Haha, me ten years ago? But seriously, I don’t think I can answer this. Producing can mean so many things. Who am I to apply my definition to it and judge someone else’s work as overrated? We all gotta look in the mirror and be happy with what looks back. In the studio, I have a big mirror I use as a whiteboard. I’m happy if that guy looking back is happy. He keeps my intentions pure and I judge him by the compassion he shows to me and my work. I hope you don’t think this answer is a cop out–I just prefer not to judge if I don’t have to. Because to be honest music, insomuch as it brings people together and unifies them emotionally, is inherently good. 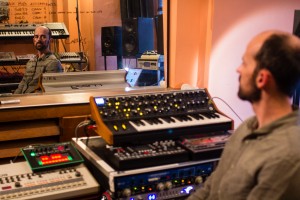 “We all gotta look in the mirror and be happy with what looks back.”

I understand you do audio work for video games, such as Gears of War 4. What brought you into the realm of gaming?

My friend John Morgan (Powerplant Records) inspired me to try. He also got me my first paid contracts–about 15 years ago. I never did work directly with him on a game until about 4 years ago. We’ve been working together since! Great friend and a great mentor.

In your professional opinion, which video game has the best sound design?

I can tell you what sound design I prefer over another, but I would never say ‘this’ sound design is ‘better’ than ‘that’ one. I’m a student of sound–not a master. I’ve found that even the most bizarre sounding games can be instructive if my mind is open. That said, The Last of Us is tight. They did great work.

I heard that you practice Wing Chun Kung fu. When can we expect to see you in the next Street Fighter?

I’m actually more into Soul Calibre. I’ve got Soul Calibre 2 permanently installed in a PS2 at the studio. I really like it. I have a rivalry with my oldest friend and ‘studio roommate’ Alex D. Cohen. 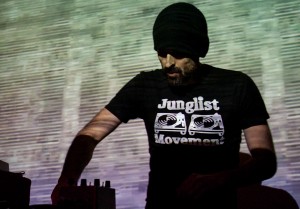 What releases can we expect from Knautic in the future?

Nothing officially announced yet but more riddems in the cooker for sure. I’m not slowing down. There are collabs in the pipe from some well-known locals as well as some folks from overseas.

BONUS QUESTION: Who would win in a fight? Ridley from Metroid or Blanka from Street Fighter?

Well I’m glad you asked, to be honest. Here’s my take: In the non-canon comic Marvel vs. Street Fighter, Bruce Banner theorizes that Blanka’s color is potentially due to exposure of the same gamma radiation that turned him into The Incredible Hulk. If that’s true, then I’d have to pick Blanka as the winner in this theoretical match-up because The Hulk is dope af.