“British Columbia is probably one of my favorite places in the world,” Reeves tells Jaclyn, “I got a lot of love for this place.” Reeves mentions top quality festivals such as Bass Coast, Motion Notion, Shambhala and Electric Love Music Festival are responsible for Canada’s love of bass and breaks music.

“Breaks and bass music is so enjoyable,” says Reeves, “DJs really get down and dirty and funky to it.” 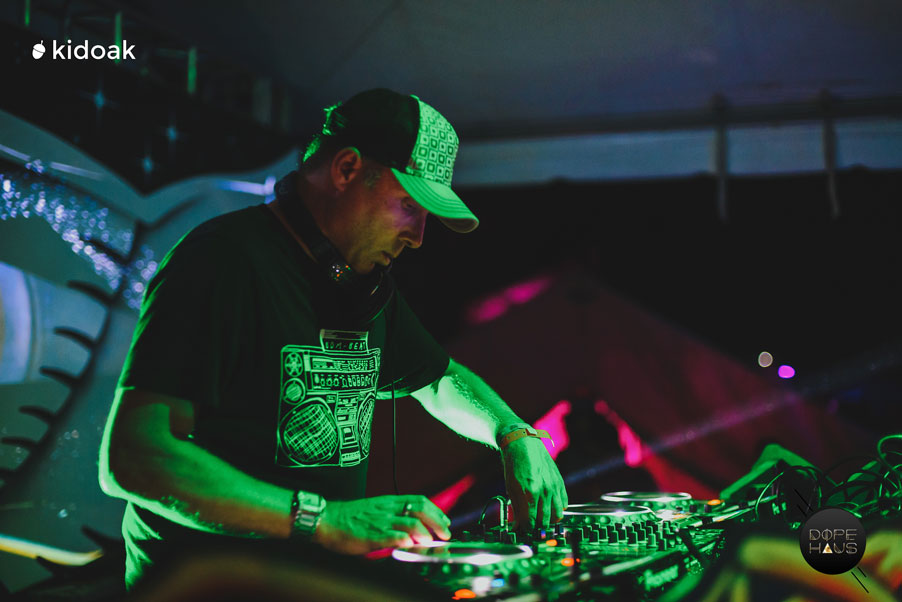 Reeves also touches on the mental and physical toll of touring after visiting 6 countries in the week leading up to Electric Love Music Festival. He believes DJing across the world isn’t the dream life that most people think it is. “You don’t get to see your friends, you don’t have a social life. You don’t get to relax or take your mind off of things,”  Reeves explains. “It frazzles your brain.”

Despite the hardship of touring, it’s plain to see Martin Reeves enjoys what he’s doing as Krafty Kuts. “I just want to bring the art form of DJing back,” says Reeves, “and make it funky.”

Written and edited by Chanel Klein

Photo and video by Sam Steele of Kidoak