DOPE HAUS press correspondent Taylor NAFASi Jordan caught up with award winning footwork producer Mooves after his set at Shambhala 2016. Hailing from Cyprus, Ness Benamran produces electronic and footwork music in the northern mountain community of Nelson, BC. Mooves has released on Phyla, Ground Mass and Tenth Street Recordings. With his Visions EP and Ghostwhip remix on PHILTHTRAX under his belt, Mooves is cooking up new magic for 2017 with rumours of collaborations and a new EP in the works. 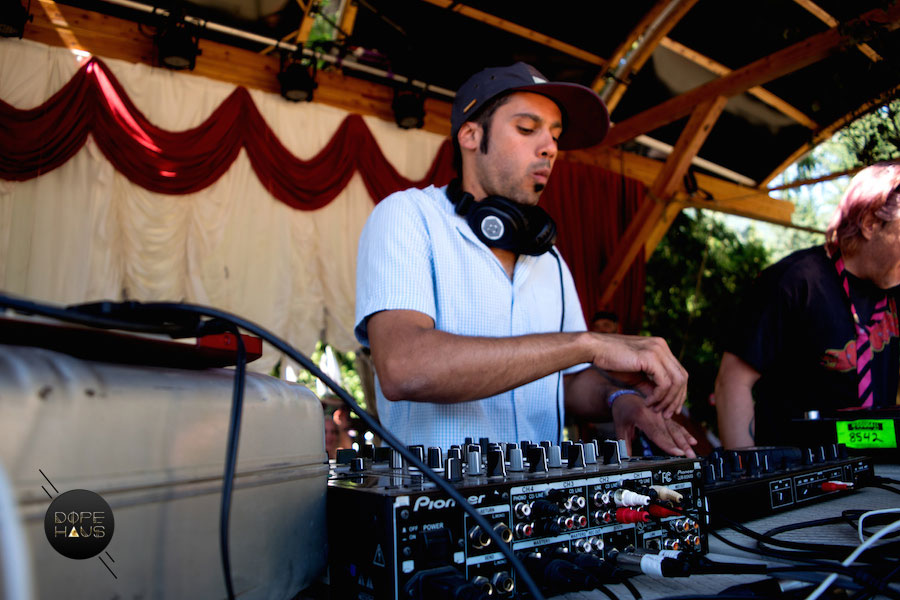 DOPE HAUS: Does being at Shambhala inspire you creatively?

Mooves: Definitely. I lived in places where there wasn’t a lot of people making music so whatever you were doing, you were “the guy” making those kind of beats. In Nelson, you find many talented musicians, producers and competition. It’s a drive to keep putting fresh stuff out and keep getting better. Personally, I’m driven by competition so that plays to my advantage. It’s motivating.

DOPE HAUS: How much of your own stuff did you play at Shambhala this year?

DOPE HAUS: Is it more nerve-wracking to play your own stuff?

Mooves: Yeah, I find myself caring more about people’s reaction. It’s funny, this is the first time I’ve been confident enough in the songs to put them into a set. I rarely put my own songs in my sets, I don’t write for the dancefloor as much. I think people listen to my music in headphones more. This was the first time that the tunes were up to a certain energy to include in a live performance.

DOPE HAUS: How long have you been listening to footwork?

Mooves: I was into it about a couple years before DJ Rashad died. That was through Ben, one of the Philthkids. He was staying over and checking some stuff out on his laptop. I walked by and heard a song that was playing and it was unlike anything I had heard before. He was watching videos of kids footwork battling. I never seen that kind of dance before, I never heard that sound before and I was like, what is this? I loved it right away.

DOPE HAUS: What was the moment when you stepped your game up and started putting your music on Beatport and labels?

Mooves: The Mooves project has only been my primary thing for the past three years. Before that I played in a live electronic band that got really lucky and released a full length album on Ropeadope Records. That experience opened my eyes to what it was like to get people to listen to your stuff and get the right encouragement to put something professional out. I’m not sure if I’d not had that experience that I’d have the backbone to do make something and have the self confidence to push it. 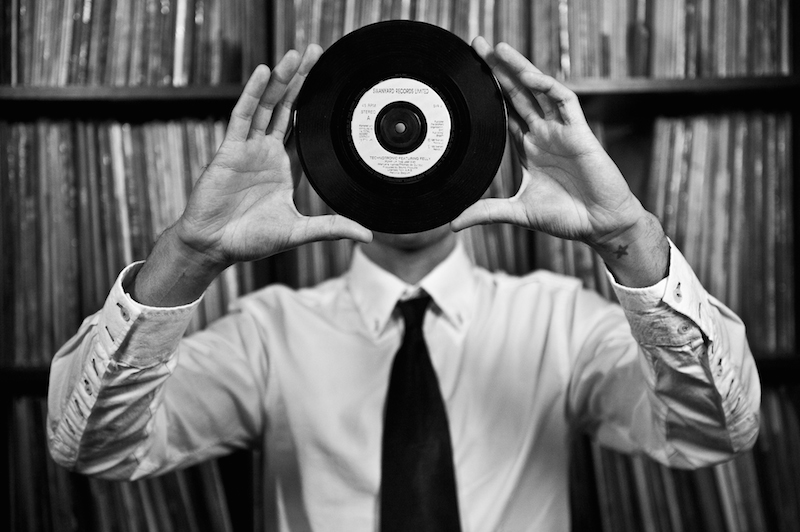 Mooves: It’s rare to find people who are both creative and great marketers of their art. If you’re going to take both roles on, it’s such a different head space. Creating and getting people to listen to it and buy into it, that’s where a lot of artists struggle. My trick is to send it when it’s fresh off the press, so to speak. I find if you sit on one of your tracks too long and you listen to it too many times, it starts losing its’ magic. Then you’re not motivated to show it to people because it sounds old in your ears. Try to get it out there and have people to listen to it.

DOPE HAUS: Your studio is at your house, what do you have in there?

Mooves: I have electronic drum kits that I use to lay out some beats if I can’t think of what they’d look like in a MIDI pattern. I work off of Ableton, all my synths sounds come from Native instrument plugins and I have a little Akai keyboard to play a few melodies. I have a trigger finger to punch in some patterns.

DOPE HAUS: Who are the few undiscovered producers that you’re listening to now?

Mooves: There’s Alphabet’s Heaven and there’s a guy from Poland who does footwork called Symbiotic Sounds. I like their productions because there’s a lot of soul that goes into their music.  Ganjoid from Vancouver, Chump Change is another influence. I’ve been liking more halftime jungle that’s been catching on like fire around here. Everything that’s been coming off EXIT Records and also Greazus from Vancouver. I like their jungle that’s making a strong comeback but still sounding 2016, you know what I mean?