Prancehall is the queer dancehall experience from the minds of organizers Marcus Marshall and Camille Heron. The very first Prancehall event was held at Vancouver Art and Leisure (VAL) on Friday May 27, 2016.  “Vancouver Art and Leisure is a queer based art and event studio,” says Marcus. “[VAL] makes it comfortable for gays in the community to know they aren’t just segregated to the West End or Davie St.”

Listen to our interview with organzier Marcus Marshall on CJSF 90.1FM

Dancehall is traditionally not known as a queer-friendly music genre. Homophobic intolerance is historically ingrained in Jamaican and Caribbean culture through radical Christian values and ancient Draconian buggery laws. Popular reggae and dancehall tunes encourage violence against homosexuals in songs like Chi Chi Man. “The lyrics in the song [Chi Chi Man] are literally about taking a gun to a man’s head and shooting him,” says event organizer Marcus Marshall, “There’s so many people in Vancouver that aren’t aware the Jamaican culture is like that.” Prancehall aims to “flip the script” by providing an all inclusive safe space for everybody to enjoy dancehall music.

Members of the LGBTQ community in the Caribbean fear for their lives on a daily basis. “Jamaica is the second most homophobic place in the world. Things aren’t changing. It’s not progressive there,” says Marcus. To help encourage change in Jamaica, Prancehall is donating a portion of its’ proceeds to the charity organization Rainbow Railroad. “Rainbow Railroad is a charity that helps refuge LGBTQ [individuals] from 2nd and 3rd world nations such as Jamaica,” says Marcus, “They’re reaching out all over the world.” 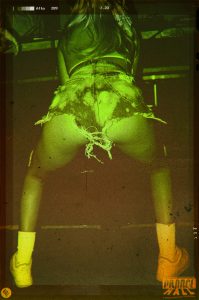 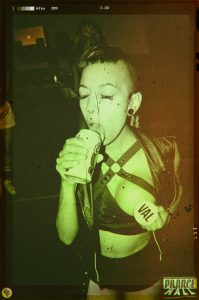 I asked Marcus why tonight’s DJs played under pseudonyms to conceal their identity. “I only wanted authentic dancehall DJs to play at this event,” he explained. During bookings, the DJs showed full support to Prancehall’s concept but wanted to remain anonymous in fear of upsetting their regular dancehall following. Marcus explains that being associated with an LGBTQ event could hurt attendance and ticket sales in the future for these dancehall DJs. “We still have [homophobic] issues here in Vancouver.”

During the end of our interview, I ask Marcus, “What’s your best dance move?” He gets up from his office chair and swivels his hips while wining his hair in a circle, sending the fringes at the bottom of his shirt orbiting wildly around his torso. 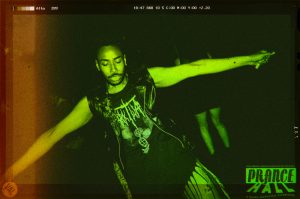 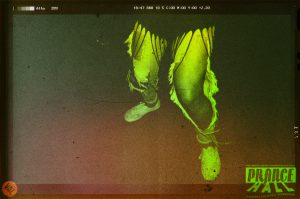 I take a glance momentarily at the grainy security camera feed from the dancefloor. It’s not even midnight and the party is popping off. Grabbing my camera, I dart off to the dancefloor to grab some footage and hopefully snag a hollowed out pineapple and rum drink special. On my way I pass by an oxygen bar provided by Whiffing Well. They offered six different flavours of oxygen in coloured beakers that reminded me of potions from an MMPORG. 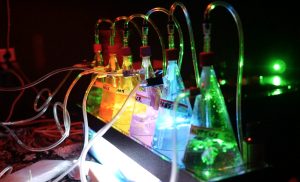 Fill up on flavored oxygen and mana potions

Before the clock struck midnight, every booty was grinding and wining to dancehall’s biggest chunes with The Dagga Dancers and The Snap Boys. Hot red LEDs beamed down on the plastic palm leaves outlining the camo netting draped around the DJ booth. Not a single glow from a smartphone broke the blanket of darkness enveloping the cool dancefloor. The temperature on the dancefloor was surprisingly comfortable and refreshing…for now. I expect that to change after tonight. Once the scene catches on to what Prancehall is throwing down, the sweaty dancefloor at VAL will be packed and the air will be thick. Bring your sweat clothes to the next Prancehall.

Unashamedly, my favorite part of the night was the mashup between Sean Paul’s Temperature and Major Lazer’s Pon De Floor that took me back to memories of sweaty grinding at high school dances. Overall, Prancehall’s music was a refreshing change from the EDM and techno that normally dominates the queer dancefloor. Beautiful things happen when queer fashion and dance moves meet dancehall’s infectious beats and riddims. I suspect this is not the last we’ll see from Marcus, Camille and the Prancehall crew.

Special thanks to Vancouver Art and Leisure