Artist collective Vancouver Art and Leisure (VAL) makes a triumphant return to the underground nightlife scene after being pushed out of their former location. VAL rented a 10,000 square foot warehouse space known as “The Villa” on Railway Street to host their marathon of Pride programming and events known as the “Alternative Pride Festival”.

DOPE HAUS press correspondent Selenna Ho visited VAL’s Villa on the second night of the festival for their main event “Pride is for Everyone”. The event’s lineup boasted Octo Octa along with many drag performers and artists.

The strobing pink and purple neon lights at Vancouver Art and Leisure’s (VAL) second annual Alternative Pride Festival shimmer against the raw bodied sculptures. Their naked, inanimate frames stand proud between the source of animated beats. DJ Octo Octa blasts a blend of disco 90’s trends, modern city-centric club vibes, and what could only be described as incognito instruments that make you think twice about conventional sources of music.

And that’s exactly what VAL’s Alternative Pride festivities are all about: making you think twice about the conventional.

“We want you to show up how you are, wear what you want, feel free in our space –we’re not going to judge you. And I think that is really unique about Alternative Pride, compared to other Pride festivals.”

Gluttony, VAL’s bar manager and director of drag, reflects on how VAL helped her transform and accept the person they really are, rather than conform to traditional gendered norms. (EDITOR’S NOTE: Gluttony uses pronouns like she and her.)

“VAL is a space that got me to this point today. When I first started here, I was very conservative… I wasn’t feeling safe in my body, who I was, and my femininity. There were a lot of walls built around who I was.”

Now Gluttony poses against the glowing lights of VAL’s club warehouse, already aware of how her angles are captured through camera lenses. The blood-red rose petals are stark along the lines of her nose and brows. A translucent, skin-coloured garment drapes across their frame, with a dark loin cloth for purity’s sake. Live artwork in action, breaking personal and societal walls. 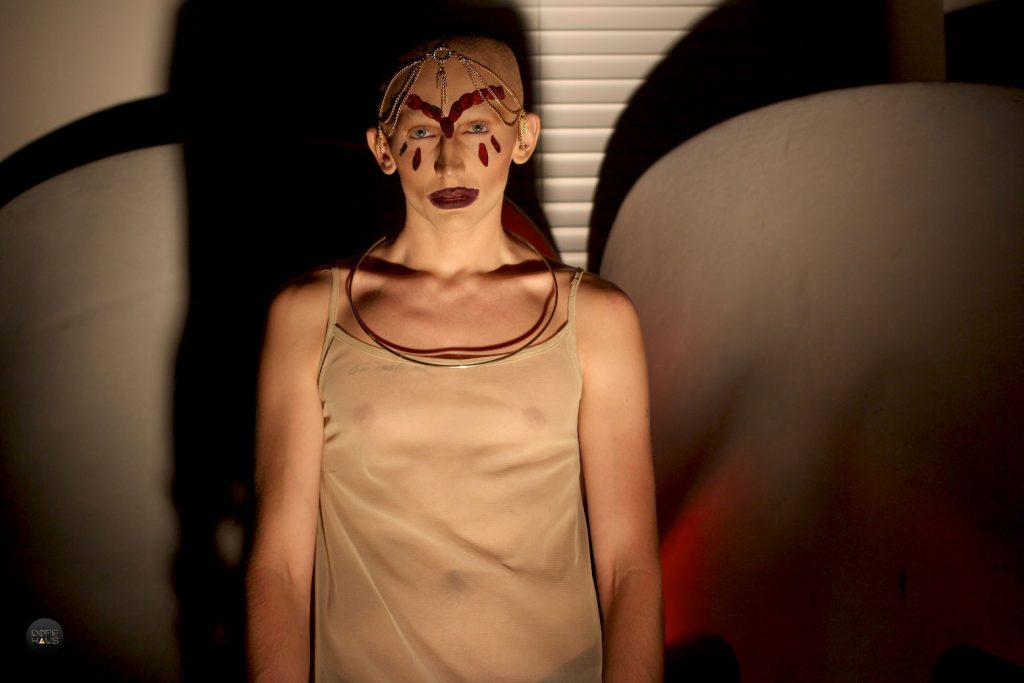 Alternative Pride is an experience that deviates from the mainstream and commercialized Pride that so many Vancouverites are familiar with. Gluttony describes it as an experience for “misfits” that want to feel more free in their own bodies and space.

“When you look from the outside, we do look like a bunch of freaks and misfits and party animals and things like that. But when you sit down and talk to us, we are the people that are doing such creative things in this city, and really making such change.”

That’s why VAL acts as a blank slate for artists to showcase their work, and express themselves just the way they are. Genitals are sculpted to massive proportions, propped against the walls and creating shadows against the dancers. A poster dangles from the pipes that says, “I dare you to write a compliment that doesn’t involve physical appearance…” 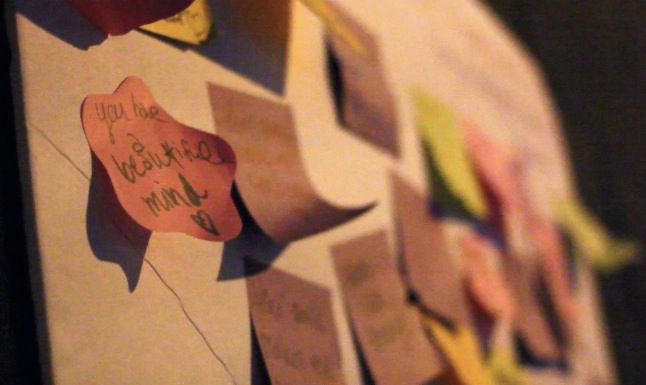 But in order to manifest such transformation, the space must first be safe to its users.

Safety and inclusivity is a major part of VAL’s mandate. VAL works with companies like Good Night Out Vancouver, to ensure that the LGBTQ2+ community feels safe, in their race, gender, and body as a whole.

Jumbo is one of the most well known guards for Vancouver’s nightlife. His name alone is enough to intimidate passers-by. He’s responsible for filtering through the crowd. Despite the high security job, Jumbo has also noticed a lot of positive aspects throughout his nightlife career. 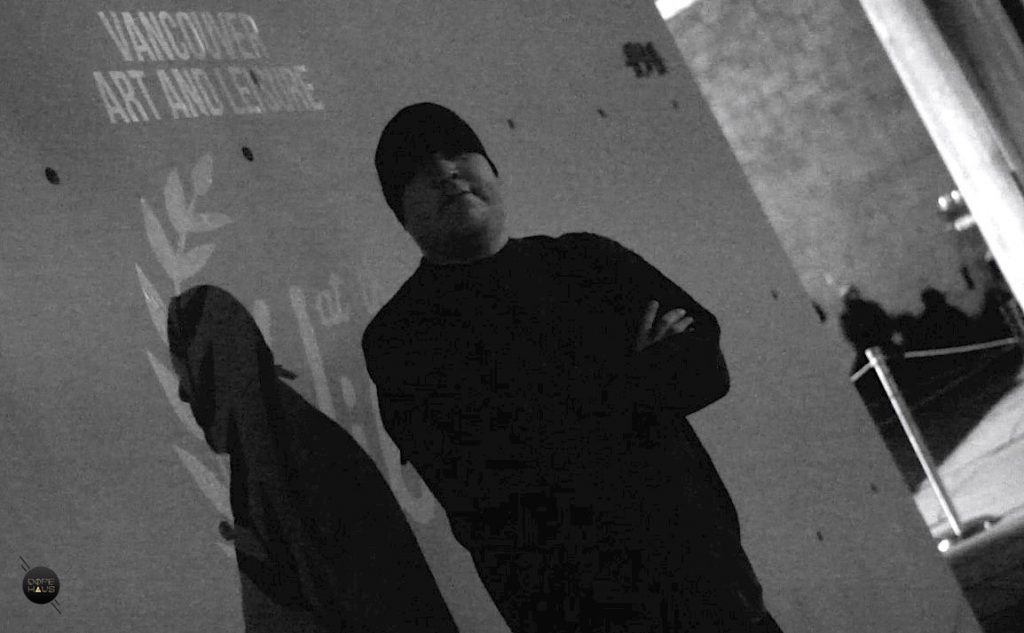 “[Pride events have] opened up to a lot of people I normally wouldn’t see at these gigs… Even at a fetish party, people that you would never think would try to show up to one of these, get dressed up, and you don’t even recognize until you have to tell them, ‘Take your mask off so I can see your picture on your ID.’ It’s like, ‘Oh, it’s you! Okay, go ahead, have fun!’ ”

Paul Wong, the president of VAL, believes that it’s integral to continue creating new and exciting alternative spaces that are not institutionalized, branded, and sponsored.

“I think there has to be fresh initiatives that allows for new possibilities, new voices and emerging communities… The support, turnout and involvement by the participants at Alternative Pride [shows] a need for all types of other celebrations besides the usual stuff that happens in the West End.” 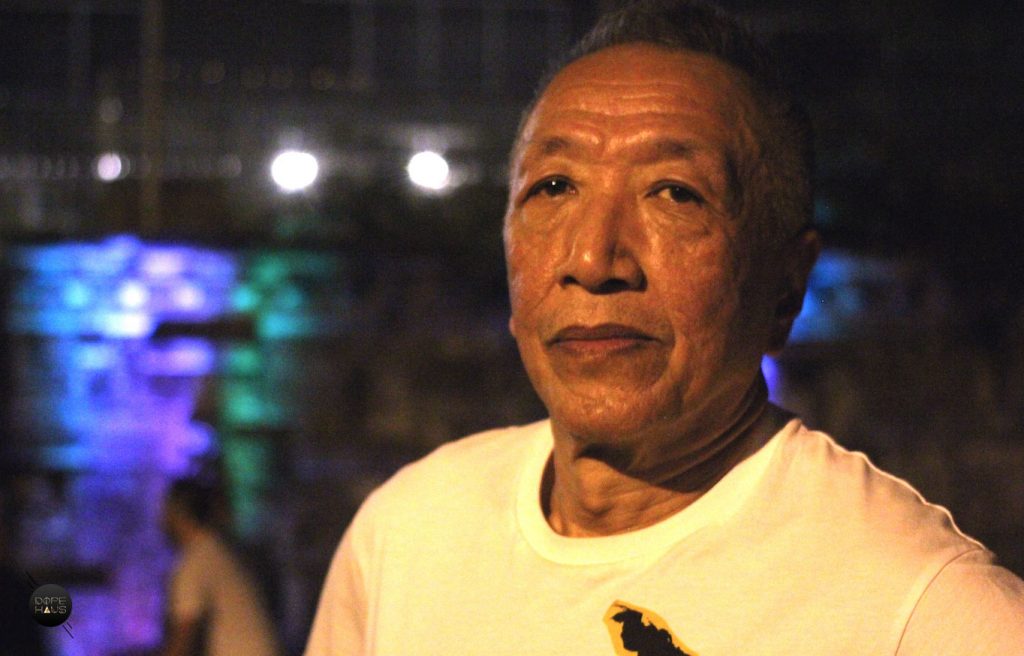 The outlandish art pieces that portray hidden physical and emotional realities are shown in both the inanimate bodies, and the live ones.

“Misfits,” Gluttony defines, “are just kids that like to break the rules, it’s like smoking when we’re in highschool… And you see them coming together in these spaces and feel so comfortable. You’re not lost anymore… you have a home; somewhere you feel like you belong.”

(EDITOR’S NOTE: This review is sponsored by Alternative Pride Festival.)

Photos and video by Chanel Klein on behalf of DOPE HAUS