RUSSELL E.L. BUTLER: It’s a vibrant scene but there’s a lot of folks who decry the Bay Area because it’s incredibly expensive to live. People have been pushed out but Oakland has been able to maintain this incredible fabric of artists.

DOPE HAUS: What sets Oakland apart from other cities?

RUSSELL: There’s an openness and a level of comfort and relaxation about identity. I’m very involved with scenes that are politically aware and push radical feminist, trans and queer centric ideologies. Oakland is all about having a seat for everyone at the table but makes it very clear that there’s no place for bigotry or any other form of fuckery.

DOPE HAUS: How can music festivals strive to be more inclusive?

RUSSELL: Moogfest has done a good job of demonstrating how simple and non-invasive it is to acknowledge a person’s identity. It’s as simple as changing the sign on a bathroom or adding more stalls. At most music festivals, there’s just porta-potties, those are all gender inclusive. It’s just a hole in the ground to pee in. 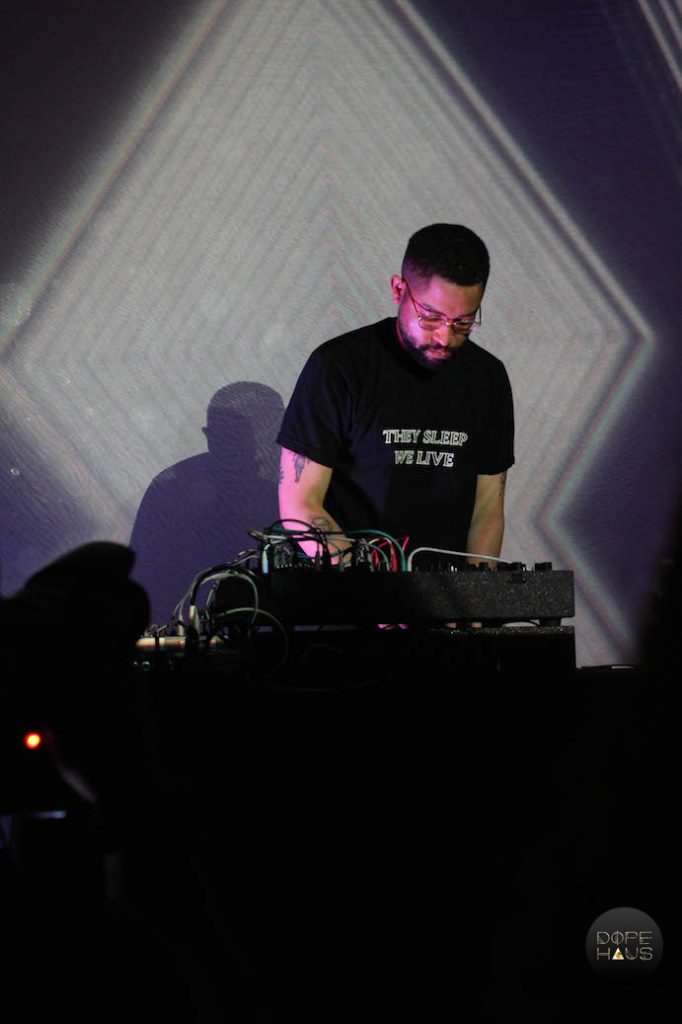 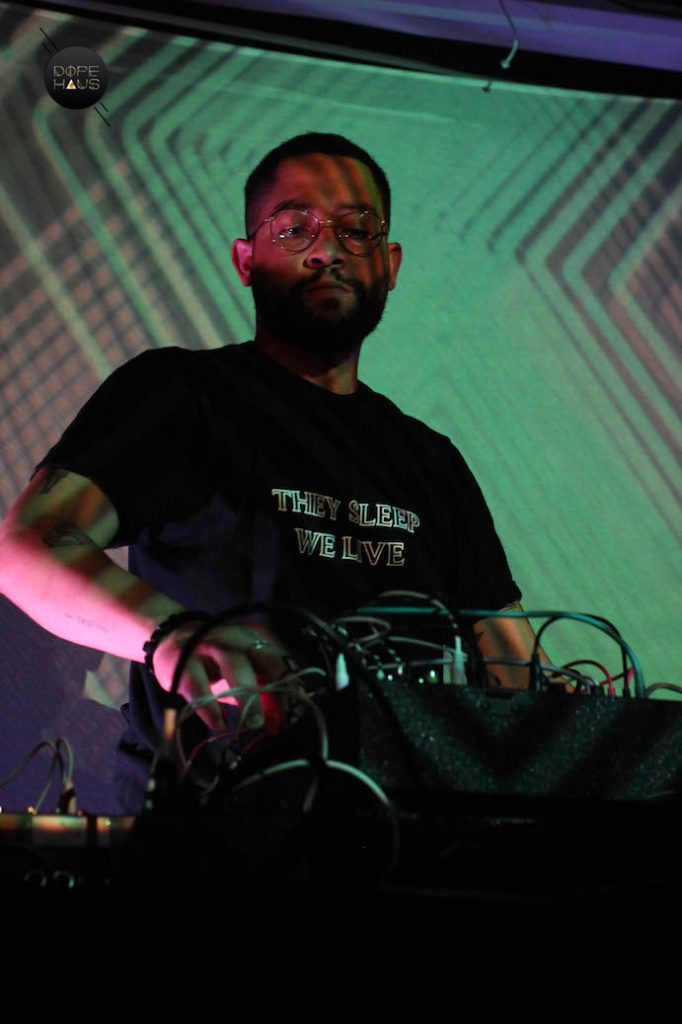 DOPE HAUS: What was it like performing the first night at Moogfest at the Pinhook venue?

RUSSELL: The Pinhook is a 200-ish person venue, it’s got the feel of a dive bar. It feels like a small place where you’d see your friends play. I felt a great energy coming off people during my whole set. Most of my process is improvised, I have a few recognizable tracks and I stitch them together with what I feel in the moment. It was cool to look out into the crowd and see familiar faces but also many new people really feeling my music.

DOPE HAUS: What surprised you the most during your set?

RUSSELL: How packed it was inside the Pinhook. I’ve worked my whole life to get to this point. To be honest, I was worried being the first act performing on the first night of Moogfest. To look up and see a full room when I haven’t even brought my kick drum in was unreal to me.

DOPE HAUS: What influence does your hometown in Bermuda have on your music?

RUSSELL: Bermuda is a small island that isn’t surrounded by anything for 800 miles. It’s on its’ own in the middle of the ocean… The island sits on top of a dormant volcano. There’s so many things that make it seem like it shouldn’t be a place but it is and it strives to be more despite itself. I try to keep that spirit pushing through my music. I didn’t like techno growing up, I didn’t have any context for it. Once it was brought to me in a way that made sense to integrate it into my own artistic practice, then it opened so much in my life.

DOPE HAUS: What artists should we watch for in the Bay Area?

RUSSELL: Club Chai is run by two artists of Middle Eastern descent. It’s a queer party with non-western dance music and it’s providing a platform for PoC and queer folks to DJ.

RUSSELL: There’s creatrix who is a Bolivian-American queer hardware performer that makes this beautiful, dark, spiritual, edgy techno. Surface Tension is a dark techno party. We Are Monsters is another incredible party in the Bay Area. I could go on and on.

DOPE HAUS: What’s the venue situation like in Oakland now?

RUSSELL: Oakland still needs a full time dance club. The events we do are at the bars with big sound systems for bands. They’re great but it doesn’t really translate. The sound is different, the room may not be tuned for it. Oakland still has a vibrant underground but the venue issue has really calmed down since last December.

DOPE HAUS: If you could send any message to your friends who can’t be here with you, what would that message be?

RUSSELL: I love them. That’s all I want people close to me in life to know is that I love them.