Shambhala is a music festival that happens every year at the Salmo River Ranch in the West Kootenay Mountains in British Columbia. DOPE HAUS press correspondent Taylor NAFASi tells us about his experiences camping sober at Camp Clean Beats and returning Home for the 19th consecutive year of Shambhala music festival. 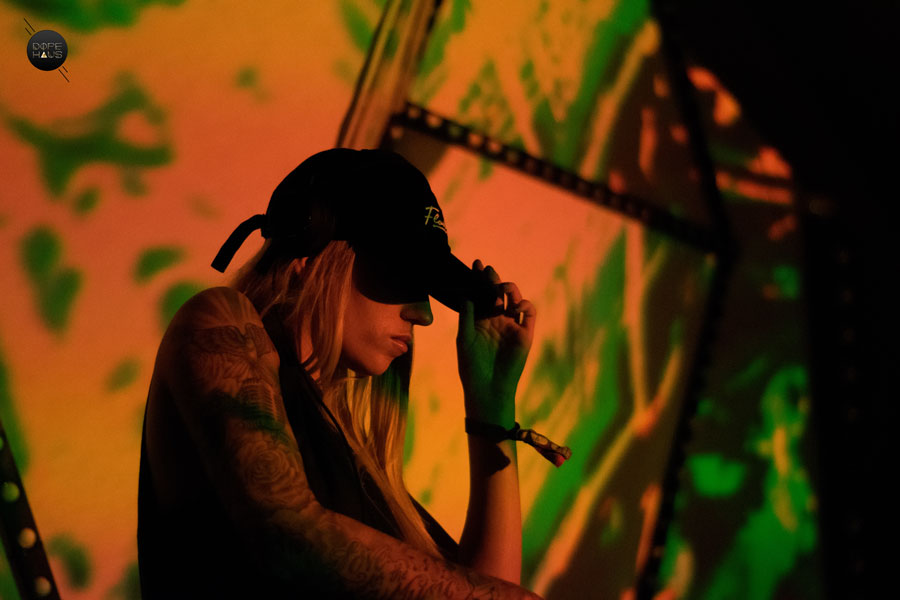 I was lounging barefoot on a couch backstage at the Living Room, soaking wet from a dip in the Salmo River, when a staff member walks by with a handful of ice cold Yerba Mate and asks me, “Which one would you like?” From his couch, DJ Adept whispers to me, “See? All you have to be doing out here is sitting on a couch.” Life is easy on the farm.

This was my 4th time at Shambhala and this year’s line-up had me more excited than ever. With names like Om Unit, Alix Perez, Gaslamp Killer, Eprom, SHADES, Plastician, Thelem and Roni Size & Krust to name a few, I knew I was in for a memorable weekend. 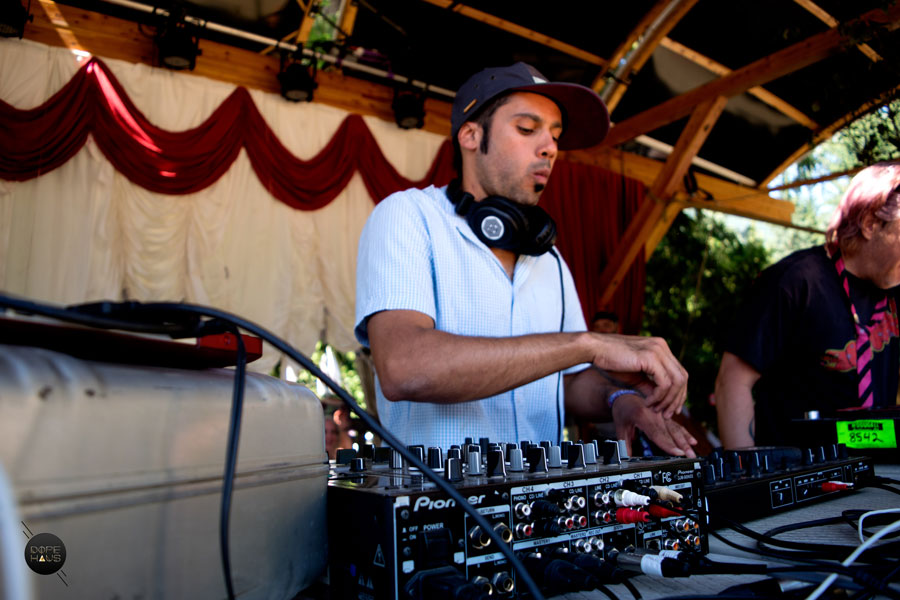 With my Yerba Mate in hand, a cigar fired up and a soft seat to sink into, I took in the vibey sounds of Mooves, followed by an upbeat set from Foxy Moron. The Librarian told me during our interview that, “The Living Room is home.” At every festival there is always a set that grounds me and makes me feel at home. This year, that set for me was An-ten-nae on Thursday night at the Living Room. His energy throughout the set was contagious as he hopped around the stage; hardware in hand delivering the best acid crunk has to offer. 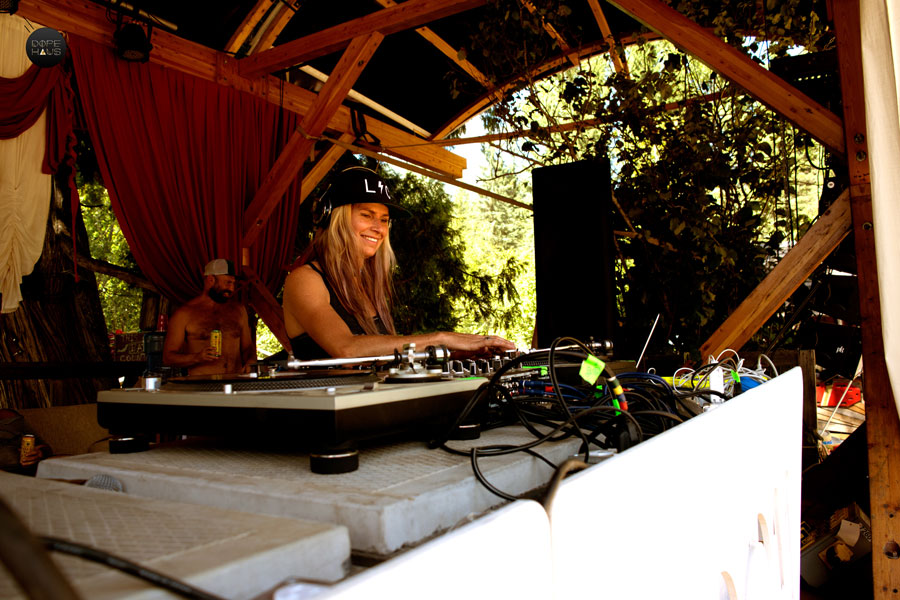 Gaslamp Killer’s set was the number one highlight of the festival for me. I was privileged enough to see him a couple years ago play a 3 hour set at Fortune Sound Club a couple weeks after DJ Rashad died, he did a 45 minute stretch of straight Rashad to close the set and to this day it was the greatest DJ performance I have ever seen. He is a true performer and has mastered his unconventional way of DJing by cutting tracks in weird spots, screaming through a delay effect and then scratching on it like a sample, all the while getting ready to launch into an ancient Turkish piece. No one knows where he is going, but his flow from concept to concept is what glues the madness together.

I spoke with Gaslamp Killer on Saturday night during SHADES where he MC’d, I told him how I loved his erratic behaviour on stage and his engagement with the crowd during his sets. I praised him for not staring at his mixer for an hour and a half and he said, “Yeah, DJ’s seem to do that. They’re trying to get that perfect mix.” 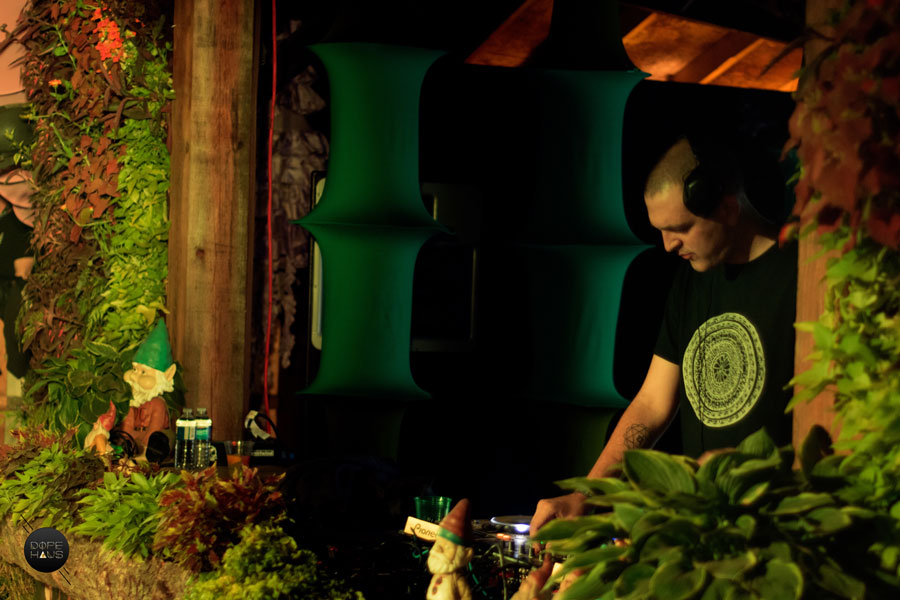 Honourable mentions also go to Om Unit, Plastician, SHADES, The Librarian and An-ten-nae with regards to my top sets. I was also exposed to some new music and was dealt a few surprises, two of my favourite things about festivals. The young brother/sister duo called Tennyson really blew me away; it’s all live drumming and MPC work done in a way in which I have never seen. Meow Mix’s Lion-S played some eclectic house tunes which I had never heard anything of the like and I closed my Friday and Saturday night’s off with two artists I am new to, Tails (read our interview) and Flava D respectively. 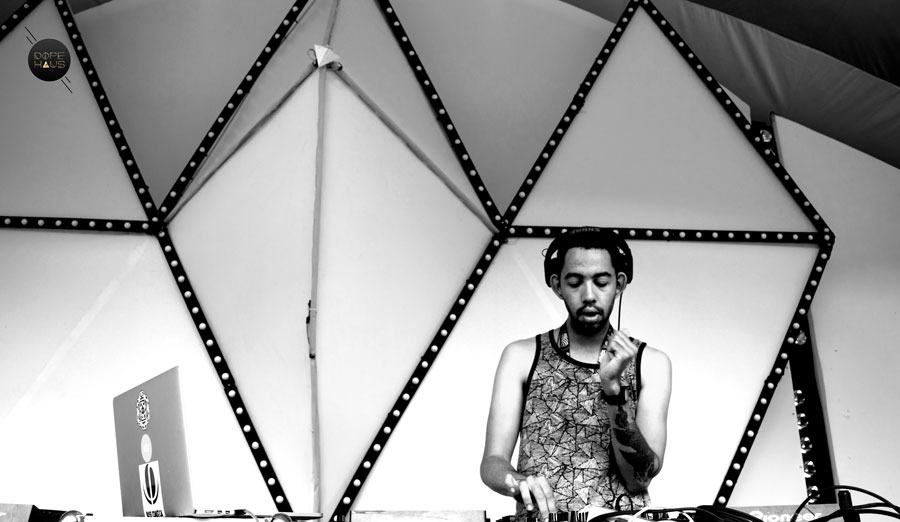 Hoola got into some Kaiju and Biome tracks, which were great for the river, and Kid Kurse played a 140 set. I also met the woman who started the Village stage 19 years ago back when it was known at The Avalon. Her name is Morninglory and she also played with Lion-S as a part of a DJ crew called Meow Mix.

Omnika dance crew showed how beautiful music can be not only to the ears, but to the eyes. Dancing to darker tunes under the nightshade of The Grove, Omnika brought to life tracks I love in ways I hadn’t experienced before.

This year I enjoyed Shambhala clean and sober. I stayed at Camp Clean Beats which was a very rewarding experience. There are 3 optional recovery based meetings a day, a big pot of coffee that gets made constantly, lots of shade and overall good vibes throughout the festival. I choose to experience this festival completely sober because it puts me more in the moment and allows me to enjoy the festival in a way that I never could with drugs and alcohol.

My final night at Shambhala included me being deathly ill, tracing back my steps, I believe I caught it from blowing on an air horn that was going off during Roni Size & Krust. I made the best of it by drinking a few energy drinks and absolutely moshing it out to Shades for a full 90 minutes. Although I could barely walk or breathe and my camera gear felt heavier than bricks in my backpack, I spent the 10 or 20 minutes or so gasping for air after being flown around by Alix Perez & Eprom’s tracks. 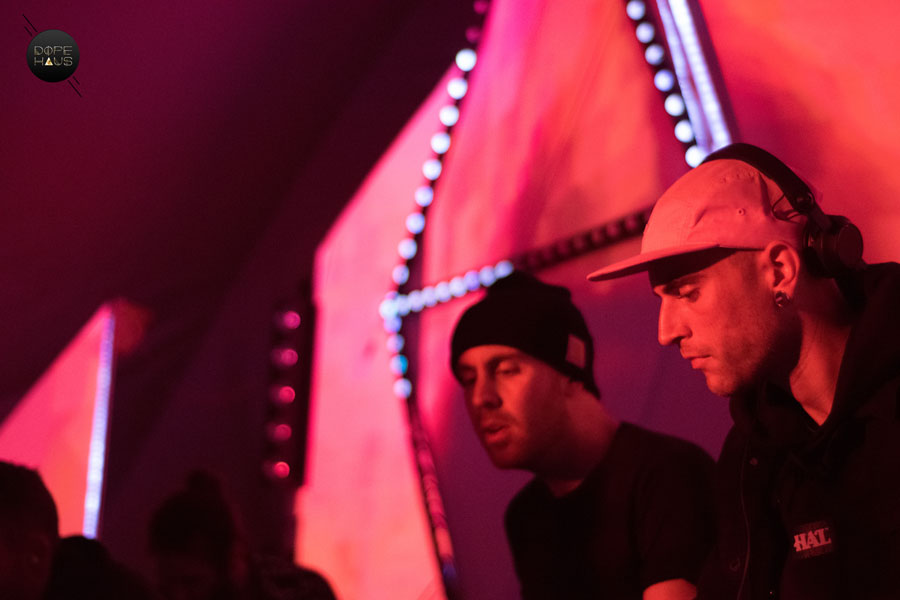 Experiencing these artists in an environment like Shambhala is so much different than at a club. The meticulous nature of these performers, combined with the hype of over ten thousand people is a recipe for immense preparation and solid delivery from the artists. The soundsystem culture which is always talked about in the UK can be hard to find in North America, but, with the combination of the PK and Funktion 1 rigs, people experience this music in a way which cannot be found anywhere else other than at a festival. As anyone who has ever been to the farm knows, the countdown to next year is already on; it will be the 20th anniversary of Shambhala Music Festival. You had better believe it will be one not to miss!

Check out NAFASi’s interviews with The Librarian and Tails!