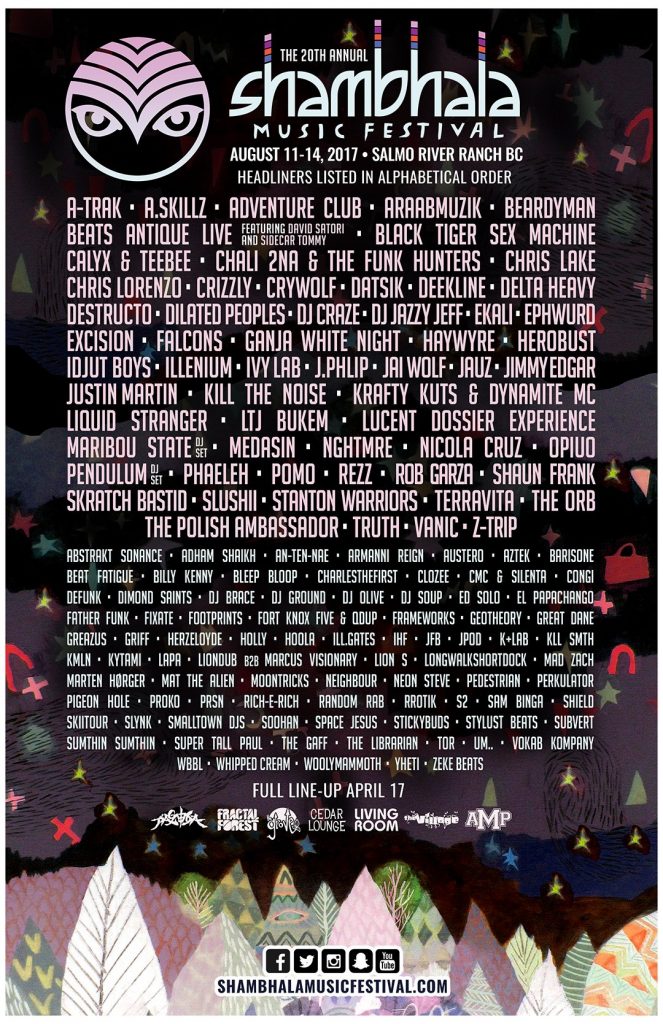 Shambhala 2017 tickets SOLD OUT less than 20 hours after their official release last September. Over 11,000 festival-goers from around the world will experience British Columbia’s finest over seven iconic stages on PK Sound. The 20th year marks the most anticipated celebration yet!

Headliner Krafty Kuts believes the west coast festival culture is among the best in the world. “The secret to the love of bass music in Canada … is the quality of festivals put in British Columbia over the years. Like Motion Notion and obviously Shambhala.”

Don’t stress if you haven’t managed to grab tickets – check the Shambhala ticket exchange facebook group. You won’t want to miss out on year 20!