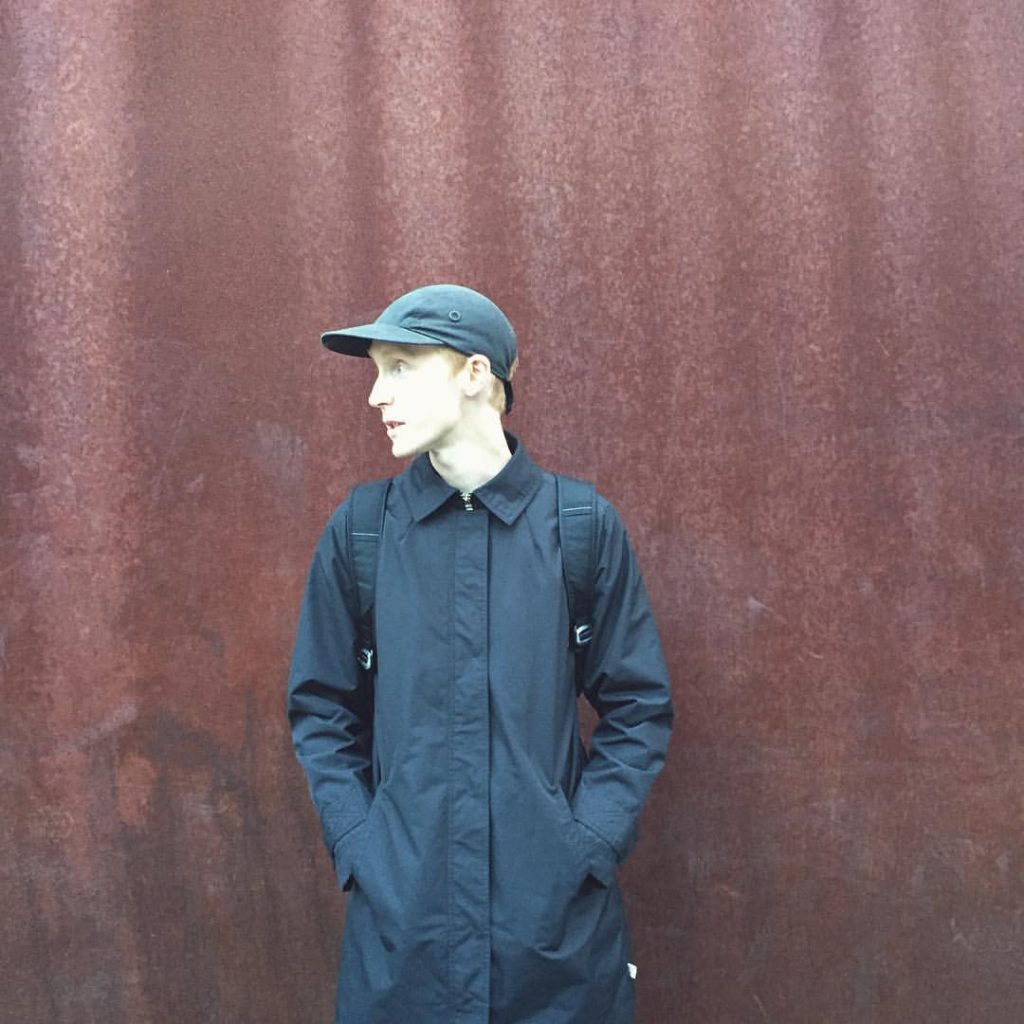 DOPE HAUS: This is your first time playing at Shambhala. What have you heard about the festival that got you really excited?

Tails: The sound systems. All the PK stuff in here is tuned like crazy, it sounds perfect. As well as Funktion 1 stuff in The Grove, it’s all just amazing sound. It’s going to be cool to hear some of my own stuff on these crazy sound systems.

DOPE HAUS: Do you play a lot of your own tracks live?

Tails: Yeah, I try to do about 50/50. My music has a pretty big range, from super chill to heavy. It’s hard in that respect but I try to add it and make it fit the set a bit better.

Tails: It’s ever changing for me. I go through phases of really liking synths and getting deep into synthesis and going back into a lot of sample based stuff. I kind of teeter on the edge of wanting to make solely lo-fi hip hop music and the other half of me wants to make stuff I can play at Shambhala that’s going to bang at a club. You can see the crossover where it hits heavy but is still lo-fi and bit crushed. Just a bit more textural and not polished.

DOPE HAUS: What kind of emotions come up for you when you’re playing your own tracks for an audience?

Tails: It’s cool when you play stuff that’s your own and people go crazy and know the track, it’s finally coming to the point where people are recognizing my tracks here and there. Obviously playing your original tracks and having an awesome reaction from the crowd is one of those times when you get the chills.

DOPE HAUS: As a producer, you have a good memory of that track and a lot of people here at Shambhala are hearing it for the first time. Do you think playing at a festival is a little bit more exciting than say at a show or at a club?

Tails: For sure, times ten. I find in a club environment, a lot of people come in because it’s Friday night and they’re just going out. For festivals, people who are coming are music lovers and their reaction is so much better and hopefully bigger. We’ll see! 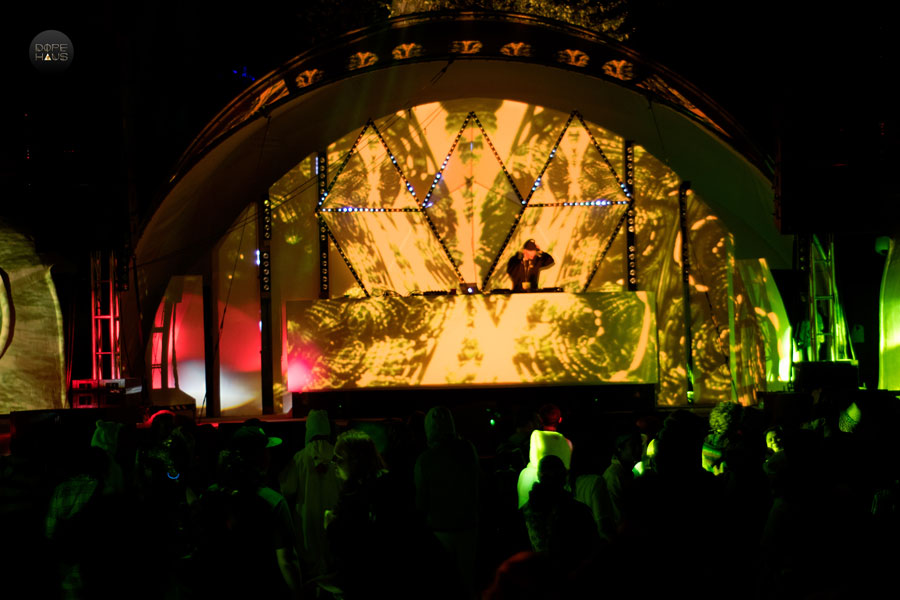 TAILS at Shambhala 2016 – Photo by NAFASi

DOPE HAUS: Do you feel at a festival you can push the boundary a bit more because of the people that are here for the music?

Tails: Totally. I’ve been playing a lot of shows in Vancouver, it’s a really big city. The city’s really big on hip hop and more RnB stuff. It’s more common I’ll play more of rap and RnB stuff in those sets, as well as my own tracks. It’s nice to come out here and play all the beat shit that I love, the straight beats, a few samples here and there.

DOPE HAUS: In Vancouver you play a lot with Chapel Sound crew. How has that helped you grow as an artist?

Tails: It’s been crazy, I moved to Vancouver two years ago. I hit up the Chapel Soundcloud page and at the time, Nathan Shaw who is Ekali was running it and he had a thousand followers. He was like, “Yo, you should come to this event Chapel is throwing!” It was a Beat Critique style
where you’d play a beat and everyone would talk and give feedback about it. I’d been in Vancouver for a month at that point. I brought a beat, played it and straight away Shaunic from Chapel Sound, he’s like one of the fathers of Chapel, he fucked with it a lot. I ended up chilling with them and they started setting me up for shows in Vancouver and got hooked up to other shows. They’ve been a huge help.

DOPE HAUS: Do you feel that Chapel is more hip hop originated? When I hear a lot of their stuff it reminds me of J Dilla and Madlib. Do you think they’re building on that and adding more elements as well?

Tails: Big time, I think Chapel runs a lot deeper than most people realize. I don’t think the roster of Chapel Sound is officially posted anywhere but it’s quite big. The dude that started it, Sean-OH, he’s the overall founder, he’s very big into left field house. It originally started like that and as soon as, they got dudes who were into hip hop and the same mind space. I think hip hop has started to dominate it a bit, I think it came from weirder backgrounds which is cool.

DOPE HAUS: Coming into a new city must’ve been tough. Where do you think you’d be without Chapel?

Tails: I don’t know. I went to school in Vancouver and I did meet some pretty cool people there. It’s kind of funny, I haven’t been a hip hop head for very long. Before that, my first year I came to Shambhala in 2010, I was big into drum and bass, jungle, that sort of thing. That’s what I was rocking when I moved to Vancouver. Then I met some dudes in school that put me onto hip hop stuff. I’m pretty new to the whole hip hop scene and I love it.

DOPE HAUS: Did you produce jungle before?

Tails: Yeah, I have an old Soundcloud that I used for my old jungle and drum and bass and bit of funk stuff, like the stuff you’d hear at Fractal. That was the stage I loved and still do.

DOPE HAUS: What are the artists are you super psyched to see?

Tails: One of my homies WYLN, Ramzoid, Josh Pan, Sam Gellaitry, STWO and EPROM. I’m super stoked for his set. I’ll have to see what I can do after him because his set’s gonna be fucking insane.

DOPE HAUS: You play right after EPROM tonight. What’s the plan for your set?

Tails: It’ll be at the end of Eprom’s set so I assume it will be heavy but it’s also 4:30am. I’ll hit hard at the start and then mellow it out. Maybe play some UK garage in the end.

DOPE HAUS: Is that a tense moment when a big name is coming off and you’re coming on and there’s that transition?

Tails: You always wanna match the vibe at the end of the set, so it’s not too obvious that the artists have switched over. Trying to hit heavy right off the gates so people stay around is good, but it’s Shambhala so people wander wherever they like. Hopefully it’ll catch their ear and they’ll pop in anyways.

DOPE HAUS: What do you have planned for the future?

Tails: After Shambhala, we go to Vancouver for a day then California for a month. Going all the way down to San Diego in a car we just bought. I got shows in Lake Tahoe, Portland, Seattle, LA, then we’re just going to be hanging out and seeing the sites. I haven’t been out to California since I was a kid.

DOPE HAUS: What are some tips and tricks for producers in the Soundcloud beat scene?

Tails: Don’t spam. When you do grow a following, remain respectful. You don’t want people saying, “That dude spammed his way into that spot.” I just posted a beat on Soundcloud and DJ Complexion picked it up and ended up playing it in the Future Beat Show . Every time he played it I’d get a few followers. Then Soundcloud introduced reposts. I had been chatting with the dudes from Film Noir and as soon as they were on board with what I was doing, they gave me some reposts which helped me gain huge amounts of followers.

Tails: I find a lot of people try to shy away from the “follow to download” thing. It’s honestly helpful. If people like it enough to download it, they should follow you on Soundcloud. It’s the least you can do for free music. When you send stuff to other producers, have a sincere message like, “I’ve been listening to your stuff for a while, I like this about it. Here’s my stuff, if you could give me feedback that would be awesome.” If I get a message like that, I will answer them 100% of the time. Don’t send a message like, “Hey! Listen to my shit at this link! Go now!” I tend to skip over those messages more often than not.

DOPE HAUS: Anything else you wanted to promo?

Tails: Got a few new tracks coming out pretty soon, on Spotify and Apple Music.

DOPE HAUS: Up and coming Vancouver producers we should know about?

Tails: Juelz, Landyn, Heroshe and Shaunic. The Vancouver beats scene is about to explode.