DOPE HAUS: You studied music and business in school, is Bass Coast the formation of those two worlds?

The Librarian: I really feel like Bass Coast is all my loves wrapped into one thing, like business to me is really creative, you’re constantly dreaming of something out of thin air and then trying to make it into a reality which is a really fun challenge.

The Librarian: It was the first electronic music festival I ever went to which changed my musical and personal direction, and that effected Bass Coast. The first time I came here was 2001 or 2002 and at the time I was really into live music, I didn’t play electronic music yet. I came here to Shambhala, experienced soundsystem culture outside in the forest and that was the big turning point for me.

The Librarian: It was tiny, it was exciting and it was new. There was this energy that I felt like everyone was really excited to come together and put on this family feeling, wild, crazy party in the middle of the mountains.

DOPE HAUS: What kind of music was here back then?

The Librarian: It was pre-dubstep. So a lot of breaks, electro and hip hop.

DOPE HAUS: I actually discovered grime through one of your Bass Coast mixes, I remember going through each track, that Alix Perez remix of Farrda was one of them, I still listen to that one everyday in the shower. And then Flowdan – Ambush obviously.

The Librarian: I LOVE that song too!

The Librarian: I think it’s really cool to see how grime has evolved over the years, like there was grime music, and then there was dubstep, and then dubstep also had its louder, more American style, and when that American style dubstep was really big I feel like grime kind was kind of under the radar. Now all of these original style dubstep producers are working with grime MC’s and it’s fusing the two. I feel like it has elements of dubstep in it, and elements of trap too. North American rap music has influenced grime as much as grime is influencing rap. Skepta has blown up over here, and that is shedding more light on the grime scene in general, and some people like that popularity being given to it, and some people don’t, but overall I think it’s just opening up people’s minds to grime.

DOPE HAUS: Yeah, there’s just something in that British accent that’s just so perfect for that style of music.

The Librarian: To me it just feels really raw. Have you ever watched that BBC 1 Extra with General Levy, Flowdan and Dizzie and there’s like 15 of them in the room and just jamming with each other in the studio? It’s just so hype, THAT’S the energy of grime, them jiving off eachother, it’s super fun.

DOPE HAUS: The lineup at the AMPitheater stage is pretty wild tonight! What are your thoughts?

The Librarian: I know! I just want to be at a bunch of places at the same time! While I’m playing tonight there’s going to be Thelem and also Alix Perez, so if I had a clone I would bounce between those 3 stages.

DOPE HAUS: So, this year at Shambhala I’m camping at Camp Clean Beats which is a sober camp. Both Bass Coast and Shambhala support harm reduction initiatives, but a lot of festivals don’t. What do you think harm reduction adds to a festival?

The Librarian: I think it’s an exciting time right now because harm reduction is getting attention on a national scale, so it’s becoming a conversation that a lot of festivals are having and it’s really about educating people. I think overall the level of awareness is growing and there’s still a lot of room for it to improve, but it’s on the right track. 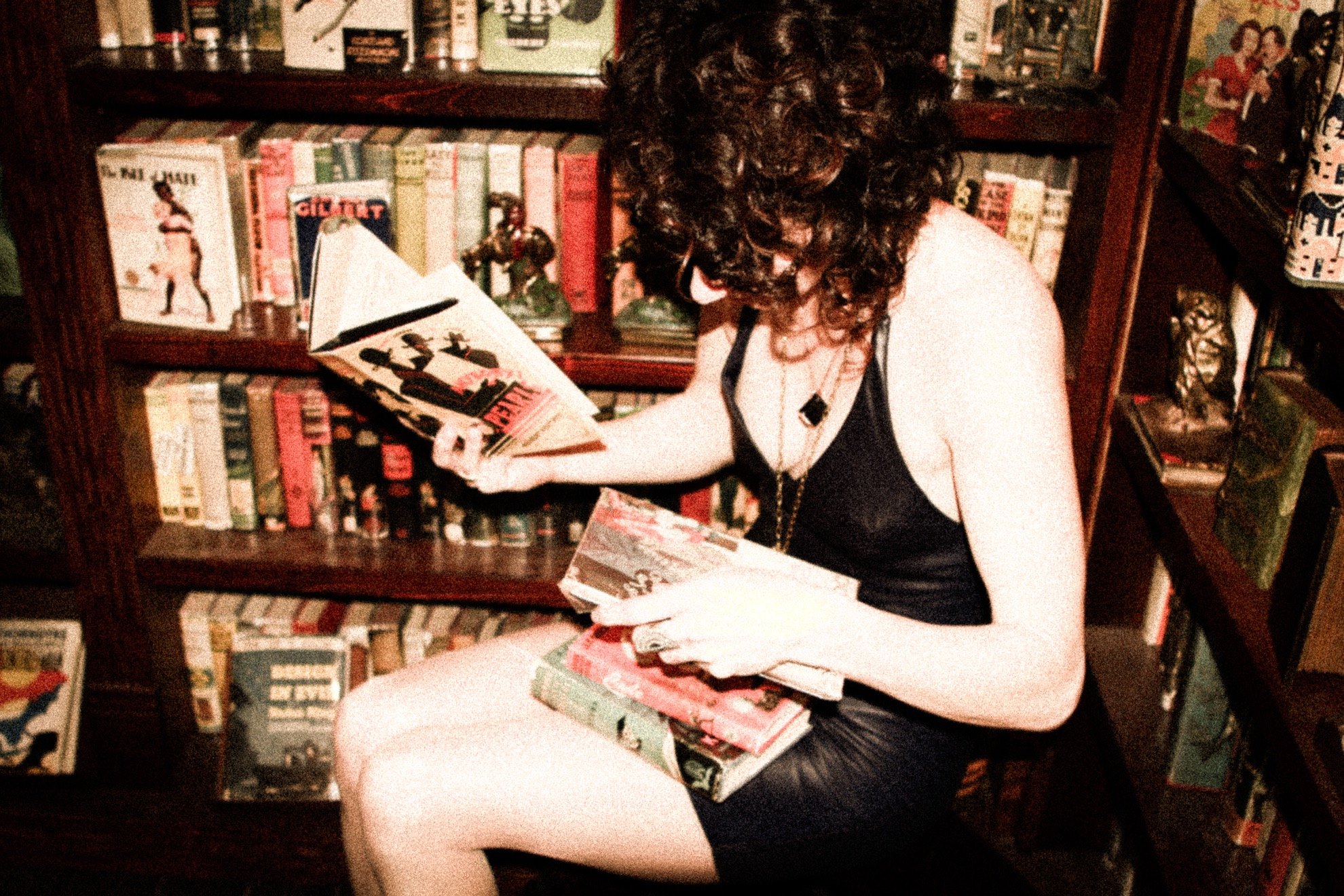 DOPE HAUS: I understand you just got back from a Thai massage here at the festival. What are a few more things you like to do at Shambhala?

The Librarian: I love finding fun new swimming holes in the river and the river changes shape every year.

DOPE HAUS: You’re always on the pulse of what’s going on, a lot of new stuff in your Bass Coast set, that new Commodo release was your second track. What else can we expect from your set tonight?

The Librarian: I’ll dive into some grime for the first half, and then build up in tempo into footwork and jungle and then into that halftime drum and bass

The Librarian: I’ve always looked at it as like if you need to reconnect with your friends, just go to the Living Room. You’ll find ‘em.

DOPE HAUS: Do you have a specific memory or two of the Living Room?

The Librarian: So many sunrise sets, Michael Red’s one and an early Bassnectar set years ago. 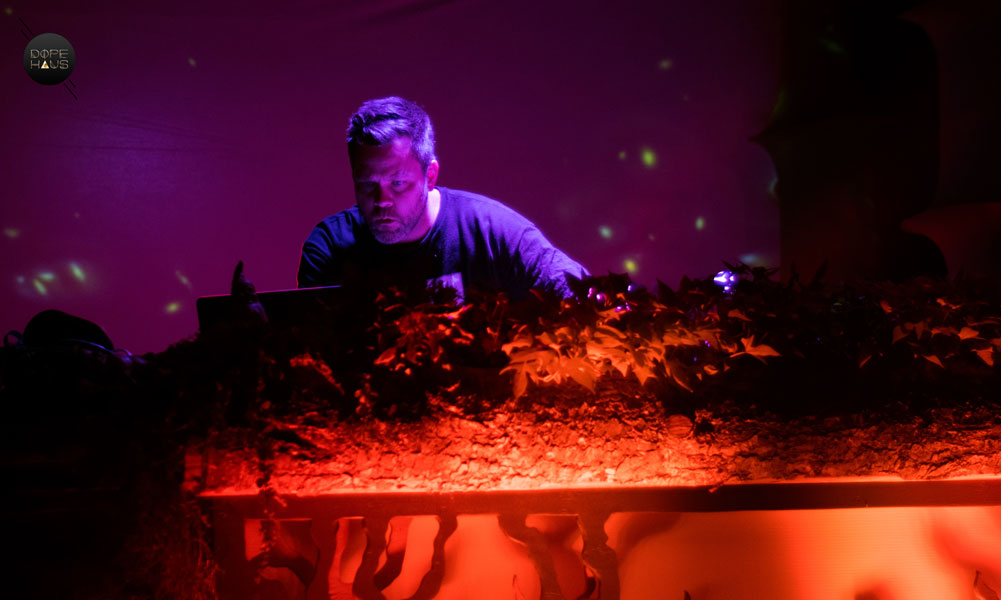 DOPE HAUS: Really? What kind of stuff did Bassnectar play in sunrise sets back in the day?

The Librarian: Beautiful, really pretty, gentle long sets that take you on a journey, and so many others over the years too. Lion-S, El Papa Chango.

DOPE HAUS: Who are you really excited to see this year?

The Librarian: I’m really excited to see all my friends play. I feel like everyone works really hard on trying to prepare their sets for Shambhala, like they put something extra special into it. I’m really excited for Barisone, Taal Mala, El Papa Chango, Sorrow, Mat The Alien, and SHADES. I saw Eprom last night, he’s just such a mad scientist.

DOPE HAUS: Anything else you want to get into?

The Librarian: I’m just really excited about the BC festival culture in general, like just the fact that it’s growing and people are coming and exploring new sounds. Festivals are the perfect place to wander around and be drawn into a stage. You don’t need to know who you’re going to see, just go by what your ears like and how your body feels. That’s the best thing about it. That’s why I love Shambhala and Bass Coast.