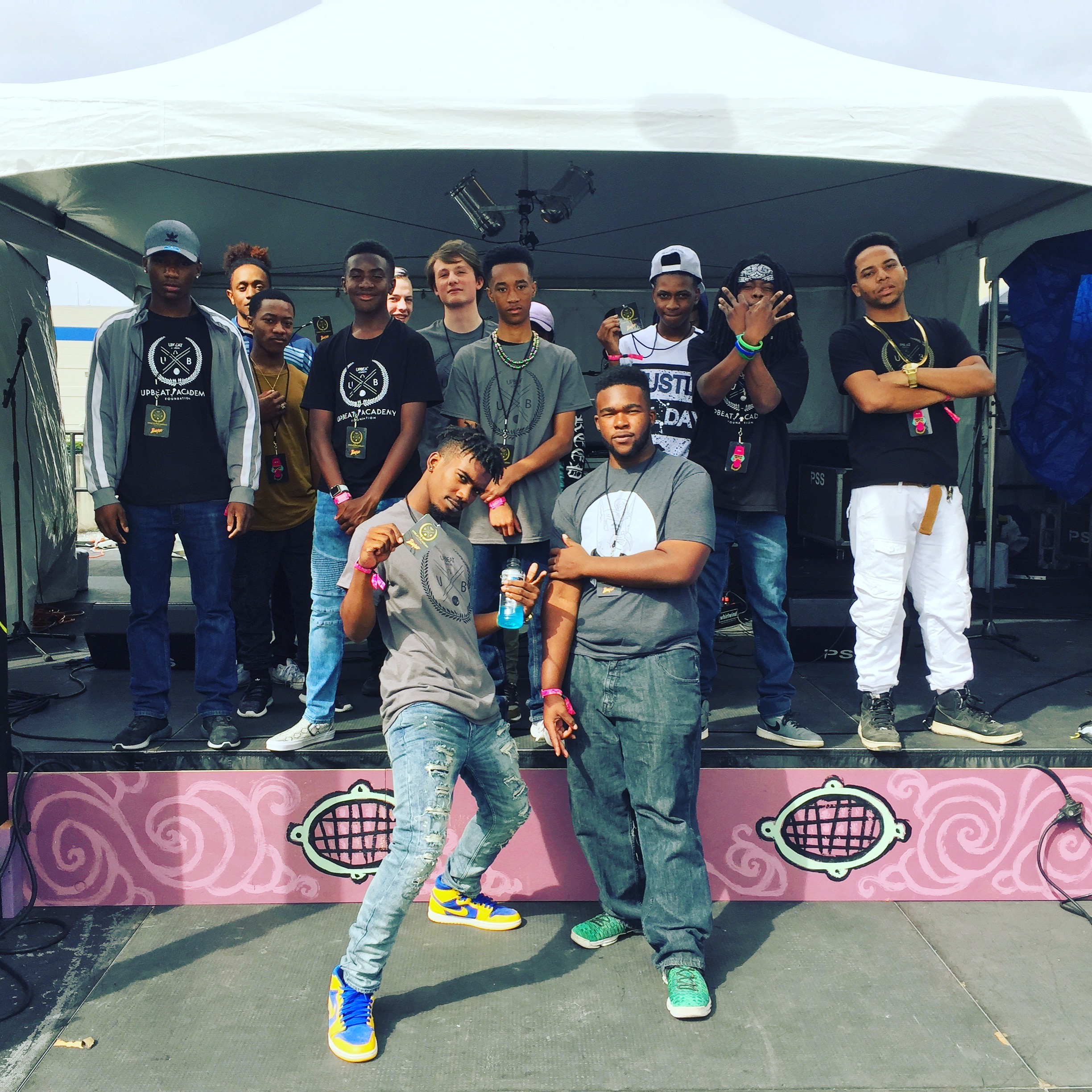 It’s no mystery that New Orleans is a hotbed of live music. However, Louisiana school music programs are primarily focused on their world famous marching bands. “Much love to the marching bands, but their emphasis is not on what the current generation is into,” says Upbeat Academy director Matthew Zarba.

Three months before the big showcase, Mr. Z’s phone rang. Zarba barely recognized the strained voice of the caller as one of his students who’d been uncharacteristically absent from the academy. Calling from a hospital bed, the student explained he was shot twice in the neck as an unintended victim of a targeted shooting.

Zarba says the young student MC lost six pints of blood. Miraculously, the bullets missed his tongue and teeth, leaving his voice completely intact. Over the phone, he asked Mr. Z, “‘Can you bring me my laptop so I can make some beats? That’s the only thing that can get me through this.’” After a fast recovery, the student made his BUKU 2017 debut rapping at the Front Porch stage. 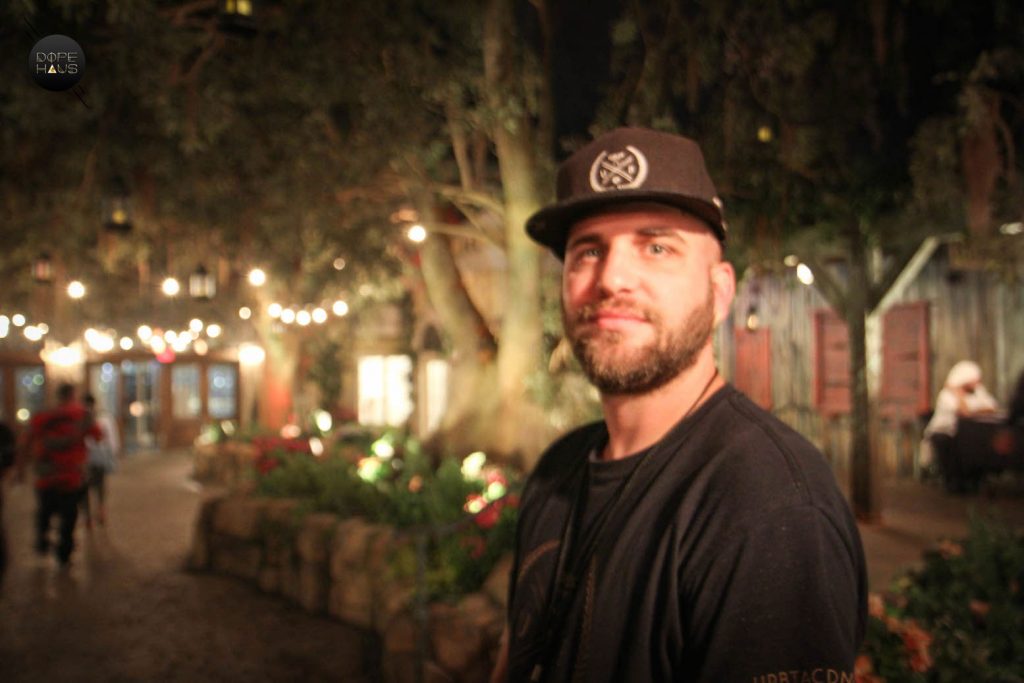 Playing at BUKU has its’ benefits. After the showcase, the Upbeat Academy crew went to the VIP artist mansion to speak with El-P from Run the Jewels. Zarba recalls what El-P told the students, “‘Don’t wait for inspiration to strike. Keep the sword sharp and ready to go. Deep cuts.”

Upbeat Academy operates at no cost to students as a Louisiana 501(c)3 non-profit organization. There are no auditions and no prerequisites to entering the program. “All we ask is that your son or daughter is teachable,” says Zarba. He agrees that the cost of owning DJ equipment and software is prohibitive, “It’s an expensive hobby to have.” 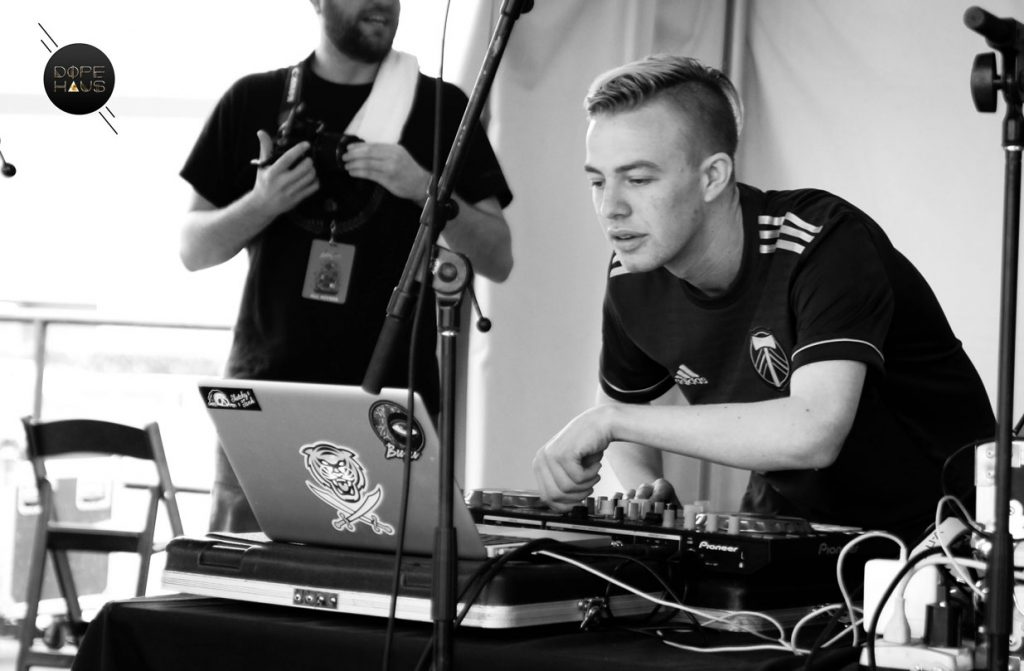 Upbeat Academy was founded following the untimely deaths of Jeff Milne of Winter Circle Productions and Patrick Edwards of MCP Presents. The two crews along with BUKU Music Project held a benefit party in their honour and decided the funds were best put towards youth development. 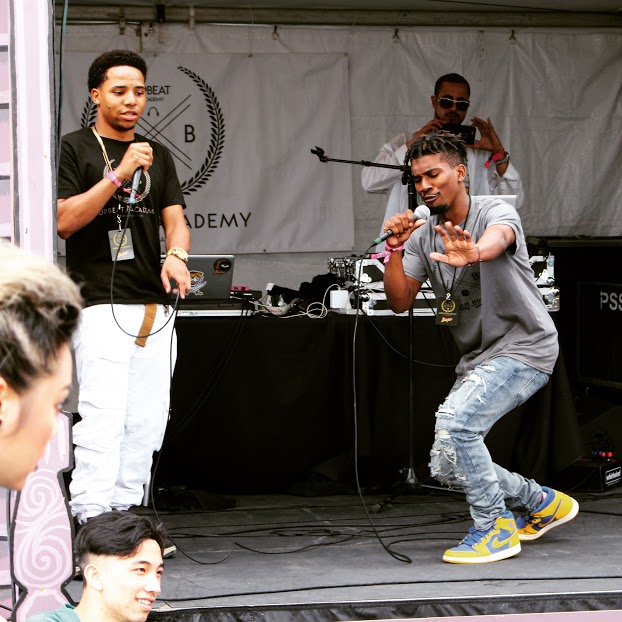 Upbeat Academy is wrapping up their third academic school year. Looking ahead to the future, Zarba hopes to provide more work stations for the program and hire more teachers. Currently, Upbeat Academy does not count towards high school credits but Zarba is hoping to change that. In 2018, Upbeat Academy looks forward to moving into a new space as the program grows.