Sivz and Shane Patrick Riley teamed up to release their house track up We Movin on Sheppard Records last month. During the first week of its’ release, We Movin and the bass-heavy LNDN remix earned a top ranking in the Beatport House and Future House charts. DOPE HAUS caught up with Vancouver producer Sivz about the story behind her new track.

DOPE HAUS: Tell us about how this collaboration with Shane Patrick Riley got started.

Sivz: Shane and I met when he applied to play Beatginnings shows after making the move from Prince George to Vancouver. We ended up meeting in person at Groundwerk and talking more from there. After trading tracks and mixes we realized we both has very similar tastes and wanted to write some of our tunes together.

Sivz: Shane basically sketched out a starting idea for the track and we sat down together for a few sessions and took it from there, making endless tweaks and changing up the bassline a couple of times. It took quite a few revisions and I was particularly stoked when we worked on the second drop, where it gets a little bit darker. We had a lot of funny moments and back and forths as we figured out options for mastering and other details. It was definitely a learning experience for both of us.

DOPE HAUS: How does LNDNofficial remix add or take away from the original track?

Sivz: A lot of the original vibe is still in there, which Shane and I liked as the vocal carries the track forward and keeps the mood upbeat. LNDN brings a much heavier and unexpected twist to the track in the drop though, pleasing ears with bassier tastes. His work on the track helped the release on Sheppards Records chart at #3 in the Future House top releases on Beatport, which we are ever-thankful for.

DOPE HAUS: What’s next for Sivz and Shane Patrick Riley?

Sivz: We definitely plan on getting some more studio time together, and maybe releasing an EP in the near future. We’ve started to figure out what each person’s core strengths are in the production process, so the more we capitalize on those, the farther we think we’ll go! 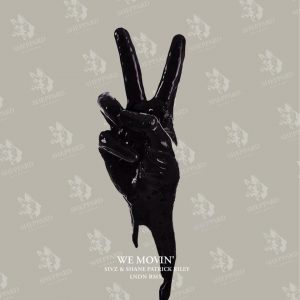