Woofax is Matt Simmer’s new project since his previous role as 1/3rd of the chart-topping groups Terravita and Hot Pink Delorean. Under his pseudonym Tremourz, Matt produced the unmistakeable hit Sexy Party alongside J.Rabbit in late 2010. With this impressive track record, it’s evident that everything Matt lays his signature touches on turns to gold.

Among some intricate conversation about the evolution of genres, Matt talks about opening up to some new sounds. “Everyone is experimenting right now and it kind of feels like a new wave of a new genre might be on it’s way soon.” As we chatted and I uncovered his decade-long involvement in the electronic music scene, it was obvious that Matt knew what he was talking about. 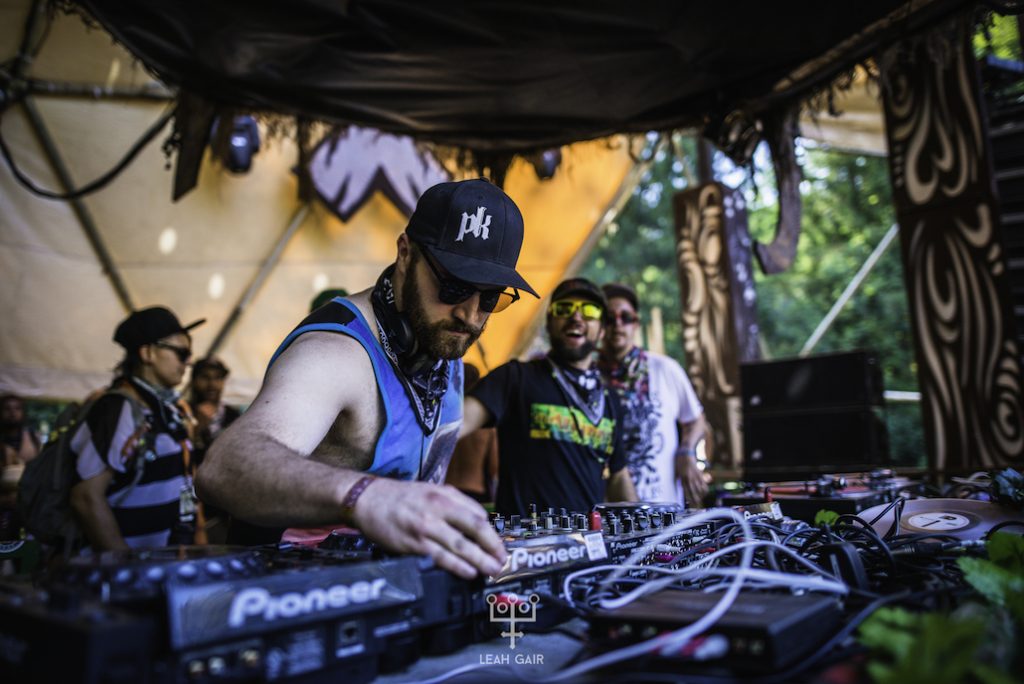 “Energy is what it’s really about for me. Some people connotate energy with aggressiveness but you can be aggressive and still be funky.”

After briefly citing the monumental notches on his belt we talk about what brought upon this newfound direction with Woofax. “I used to be very genre specific but I’d like to branch out from that as much as I can. I decided it would be better to start fresh. Cathartically, it’s important to get myself out of the names and start something completely different.” Simmers believes he evolved from the group dynamic he was exposed to with Terravita and Hot Pink Delorean. “I’m at a point now that I can do whatever musically because I’m no longer in a situation where I have to answer to other people. [With Woofax] I have a more organic kind of expression for me.”

Later that night at Electric Love Music Festival, I recognized his trademark bulky wobbled basslines and collected a sense of something new that reflected what Matt described as Woofax. With upcoming collaborations with B.C. locals Bryx, Long Walk Short Dock and Neon Steve, I had to question why the American success story who headlined some major festivals around the globe desired to party with Canadian weirdos in a new local festival in the trees.

“I love BC festivals in general. I think it’s an attitude of Canadian hospitality like people being really friendly and understanding. There’s a huge community aspect to the scene here that I really respect and a like mindedness. Maybe it is the juxtaposition of being within this very calm and natural space and blasting this computer-made music but I love it.” With such kind words about our blossoming electronic music culture coming from a true visionary, I have to consider if maybe we take our situation occasionally for granted.

If the respect of the West Coast community is what Simmers is after, he probably won’t need to try too hard. I anticipate Woofax’s name gracing more festivals as he releases more work and look forward to hearing him join forces with more residents.